Who Polices the Police?

Victor Davis Hanson
|
Posted: Nov 30, 2017 12:01 AM
Share   Tweet
The opinions expressed by columnists are their own and do not necessarily represent the views of Townhall.com. 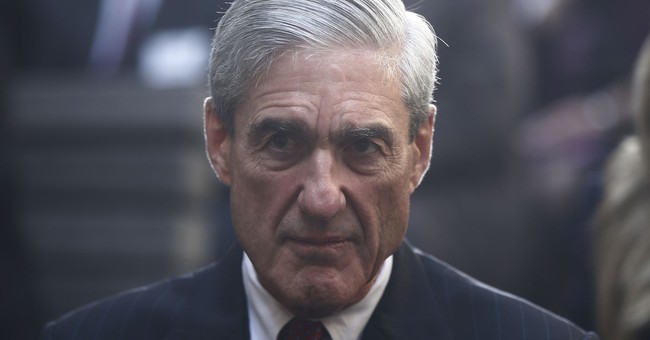 Former FBI Director Robert Mueller was supposed to run a narrow investigation into accusations of collusion between the Donald Trump campaign and the Russian government. But so far, Mueller's work has been plagued by almost daily improper leaks (e.g., "sources report," "it emerged," "some say") about investigations that seem to have little to do with his original mandate.

Now, there are leaks claiming that Mueller is going after former National Security Adviser Michael Flynn for his business practices before he entered the Trump administration. Specifically, Mueller is reportedly investigating Flynn's security assessment and intelligence work for the Turkish government and other Turkish interests. Yet possible unethical lobbying on behalf of a NATO ally was not the reason Mueller was appointed.

The Roman satirist Juvenal famously once asked how one could guard against marital infidelity when the moral guardians were themselves immoral. His famous quip, translated roughly as "Who will police the police?" is applicable to all supposedly saintly investigators.

Independent counsel Ken Starr was supposed to look into Bill Clinton's supposed shady Whitewater dealings in Arkansas. He ended up investigating every aspect of Clinton's life, including his many sexual escapades.

No doubt Clinton was a philanderer. But it was not Starr's mission to prove to the nation what it had already suspected when it voted Clinton into the Oval Office.

When the investigation was over, Libby was charged on five counts even though Plame may not have been a covert CIA agent at all. Also, it was reported early in the investigation that Fitzgerald knew someone other than Libby was almost surely guilty of first leaking Plame's status (Deputy Secretary of State Richard Armitage).

But Fitzgerald was desperate for a big administration scalp. So he continued to lead an investigation that resulted in Libby's conviction on four charges -- in part based on Libby's supposed disclosures to journalist Judith Miller. In her memoir, Miller later disavowed that Libby had ever given her classified information.

Special counsel investigations are only as good as the society at large that orders them. The idea that a godly inquisitor, invested with extralegal authority, can somehow use superior wisdom and morality to solve an unsolvable ethical problem is a stretch.

Usually, these chasing-your-own-tail appointments are born out of media and political hysteria. The special counsel immediately feels enormous pressure to find anything to avoid being accused of running a "whitewash" or wasting time and money.

If the original investigation finds little traction, the all-powerful special counsel then ventures into ever new territories -- apparently on the theory that everyone has at least something to hide in his past. Or the special counsel tries to cross up panicked targets in order to find inconsistent narratives that can be banked as fallback evidence of lying or hiding something that was not necessarily a crime to begin with.

Yet counsels themselves are not above reproach. Starr later voiced regret about venturing into Clinton's tawdry sex life. Fitzgerald did not disclose that he had targeted the wrong leaker. In unethical fashion, Fitzgerald never brought charges against Armitage, who lacked the sensational media buzz that had surrounded Libby.

In predictable fashion, Mueller himself may soon be the target of inquiries. He came to the job in part because his old acquaintance and successor at the FBI, Comey, testified that he had deliberately (and perhaps illegally) leaked to the press his notes on private conversations with Trump, whom he had just assured was not under investigation.

The stated aim of the Machiavellian Comey was to force the appointment of a special investigator -- which turned out to be none other than his friend Mueller.

In the charge/countercharge swamp of Washington insider politics, Mueller's prior tenure at the FBI during the Barack Obama administration may likewise come under scrutiny.

Mueller was serving as FBI director when the Obama administration approved a deal allowing a Russian company, Rosatom, to buy a Canadian company that owned the rights to a large share of U.S. uranium supplies. Before the deal went through, the FBI reportedly learned that the head of a Rosatom subsidiary was corrupt and that Rosatom officials knew about the corruption. It's unclear whether Muller's FBI alerted the administration about its findings. Did Mueller wrongly slow down the investigation, or was he sidetracked by higher-ups? Why did his investigation amount to nothing?

Will officials soon be investigating for collusion the current investigator of collusion? Do we now need a special, special counsel?

The point is not that Mueller may have acted unethically, but that he, in theory, could be policed just as easily as those he polices.

If we have lost faith in our institutions, then creating starry-eyed new ones will not solve the problem, given that the fault is in ourselves.