Trump Up, Hillary Down, Obama Out

Victor Davis Hanson
|
Posted: Sep 08, 2016 12:01 AM
Share   Tweet
The opinions expressed by columnists are their own and do not necessarily represent the views of Townhall.com. 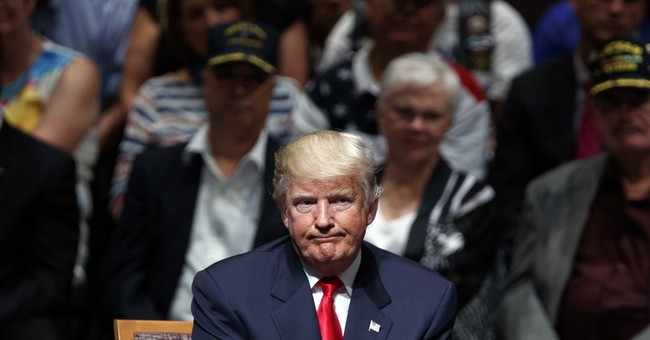 In most presidential elections, the two candidates spar over issues. The president campaigns for his party's nominee in hopes of continuing his legacy.

Barack Obama, who less than two years ago dipped to 40 percent in approval rating, is nowhere to be seen. He seems to know that the more he is absent and quiet, the more the public likes the idea rather than the reality of him as president -- and his approval rating has risen to 51 percent.

In his self-imposed retreat, Obama makes no effort to defend the Affordable Care Act, which is all but disintegrating, as major insurers pull out and costs skyrocket.

Ditto the Iran deal. Obama is learning that it is better to be quiet about Iranian violations, ransom for hostages and provocations than to explain them away.

Obama months ago gave up mentioning how the crushing national debt has almost doubled to nearly $20 trillion under his watch. No one seems to be defending the Obama administration's lax immigration and border-enforcement policies.

He is also silent on his foreign policy -- "reset" with Russia, the abrupt pullout from Iraq, the intervention in Libya, the growth of the Islamic State, the disintegration of Syria, and the decision not to associate global terrorism with radical Islamism.

Democratic candidate Hillary Clinton has kept a relatively low profile for someone who's running for president. She has not held a press conference in more than nine months, counting on a compliant press to keep giving her a pass on her email scandals.

Her campaign strategy is to agree to occasional one-on-one interviews with pre-selected friendly journalists, and to engage in chitchat on frivolous morning and late-evening TV talk shows. Clinton avoids large rallies, where she often grates rather than enthuses.

The Clinton strategy is to sit on her small lead in the last two months of the race, expecting that the mercurial Donald J. Trump will finally destroy his campaign with another outburst. She apparently assumes that nonstop fundraising, attack ads and an army of staffers will bury the amateurish Trump campaign.

Clinton doesn't talk much about the Obama record. Voters do not have any idea how -- or indeed if -- she would fix Obamacare.

Clinton talks tough about her future foreign policy. Does that mean she thinks Obama has been too complacent abroad?

Would she add to or reduce Obama's massive addition to the national debt?

He flies to Louisiana to inspect flood damage, to Mexico to joust with the Mexican government over illegal immigration, to a black church in Detroit to woo inner-city voters. Trump likes huge crowds at rallies where he bellows and at any moment can veer off-script.

Trump's effort is mostly a loud, public, solo affair. He tries to scrounge free TV and radio exposure. He is at war not just with Clinton but also with the Republican establishment and the so-called elites of both parties.

This weird election is coming down to just two factors:

One, the outcome on Nov. 8 is largely up to Trump.

Can he continue to widen his appeal and chip away at Clinton's lead? In other words, can a hyperactive Trump reinvent himself as "presidential" and assure voters who do not like Clinton that as a calm president he won't embarrass the country?

Two, will Clinton's scandals, which now have a life of their own, ever cease?

Seemingly every day we receive new confirmation from Clinton's communications that she did not tell the truth about either the troubling overlap between the Clinton Foundation and her tenure as secretary of state or how she put national security in jeopardy by using an unsecured private server in violation of government policy.

Unfortunately for her, there are still thousands of communications to be released under court order -- and two months to air them all. Embarrassing communications will keep surfacing to both contradict her prior statements and reveal more past improprieties.

Looming in the background is the fear that foreign hackers may have stolen her huge trove of private correspondence before she deleted it -- and are waiting to release even more of it in late October.

In sum, a passive Clinton hopes that scandals now beyond her control will not evaporate her once-sizable lead before Nov. 8, a date that suddenly seems to Clinton to be too far away.

A lame-duck Obama runs out the clock, too, neither defending his old policies nor offering new ones.

All the while, a madcap Trump makes nonstop news, hoping that his self-generated publicity is more helpful than harmful.