The More Things Change, The More They Actually Don't

Victor Davis Hanson  |  Sep 01, 2016
The opinions expressed by columnists are their own and do not necessarily represent the views of Townhall.com.
Top Columns
Trending on Townhall Media 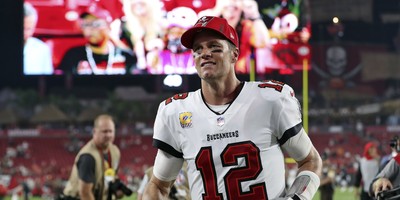 In today's technically sophisticated and globally connected world, we assume life has been completely reinvented. In truth, it has not changed all that much.

Facebook and Google may have recalibrated our lifestyles, but human nature, geography and culture are nearly timeless. Even as ideologies and governments come and go, the same old, same old problems and challenges remain.

Abroad, Israel was constantly fighting on the West Bank against Palestinian guerrilla groups and in the air over Syria. It is likely that in another 50 years the story will remain about the same.

The Middle East in 1966 was going up in flames, just as it is today -- and in many of the same places. The Syrian government was overthrown in a coup. The Saudis, Jordanians and Egyptians were involved in a civil war in Yemen. The Egyptian government executed Islamists charged with planning a theocratic takeover.

Africa, as today, was wracked by wars or coups in places such as Chad, Ghana, Nigeria and Sudan.

American relations with Russia were tense. Moscow clamped down on dissidents and opposed almost all U.S. initiatives abroad.

The Castro government in Cuba was railing against the United States, outlawing free expression and alleging American interference in Cuba's affairs. The only difference from today was that Cuban dictator Fidel Castro then was a 40-year-old firebrand, not a 90-year-old near-invalid.

Nothing has much changed elsewhere in the world either. Just as Cyprus today remains a bone of contention between Turkey and Greece, 50 years ago Greek and Turks were meeting to resolve tensions on the divided island. Ditto the ongoing dispute between India and Pakistan, whose leaders met frequently during 1966 following outright war in 1965.

There were also the sorts of rifts within NATO that have become so familiar. Today, the U.S. worries that the alliance is unraveling due to bickering and the unwillingness of European countries to increase their defense budgets. Fifty years ago, the problem was France. In 1966, the French actually quit the alliance, which suddenly had to transfer its headquarters from Paris to Brussels, Belgium.

Nor were things that different at home than they are today.

Fifty years ago, Walt Disney died while working on an animated version of Rudyard Kipling's "The Jungle Book," whose remake this year was a summer hit. In 1966, a new science-fiction series, "Star Trek," premiered on television. Yet another installment in the "Star Trek" movie series ("Star Trek Beyond") just came out in July. For all our new computer and video technologies, millions of young Americans still watch "The Jungle Book" and "Star Trek," not that much differently from the way their grandparents did a half-century ago.

Pop hits today do not sound all that much different from those that swept America in 1966, performed by groups such as the Rolling Stones, Beatles and Jefferson Airplane. Even fashion tastes come full circle. A man at work in a coat and tie looked about the same then as now. In 1966, miniskirt hemlines hit the mid-thigh -- similar to the retro miniskirts of 2016.

We often worry that 2016 America has become a violent society, with unprecedented mass killings at schools and universities. But unfortunately, nothing much has changed here either. In July 1966, mass murderer Richard Speck was arrested for butchering eight student nurses in their dorm in Chicago. The next month, Charles Whitman climbed up into a tower at the University of Texas at Austin and fatally shot 14 innocents, wounding another 32 (after killing his mother and his wife).

The United States has dealt with racial unrest this year from Dallas to Milwaukee, after rioting in Ferguson, Missouri, in 2014 and in Baltimore last year. The so-called Division Street Riots broke out in Chicago in 1966, and there was also rioting in Lansing, Michigan, that year following the Watts Riots of 1965.

The protest group Black Lives Matter has sprung up to galvanize popular support against the perceived mistreatment of African-Americans by police. In 1966, Bobby Seale and Huey Newton founded the Black Panther Party in a similar context.

America and the rest of the world have made enormous progress in technology, science and social relations. But beneath the veneer of 2016, human nature remains the same, and life often operates on principles similar to those from a half-century ago -- and even before that.

That persistent continuity of the human experience is why studying history remains about the only way to understand who we were, are, and will be.