The Fiction of 'Truth' 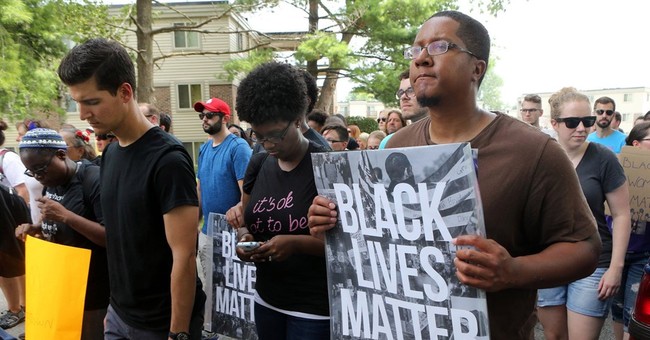 We live in a weary age of fable.

The latest Hollywood mythology is entitled "Truth." But the film is actually a fictionalized story about how CBS News super-anchor Dan Rather and his "60 Minutes" producer supposedly were railroaded by corporate and right-wing interests into resigning.

In reality, an internal investigation by CBS found that Rather and his "60 Minutes" team -- just weeks before the 2004 election -- had failed to properly vet documents of dubious authenticity asserting that a young George W. Bush had shirked his duty as a Texas Air National Guard pilot.

The fabulist movie comes on the heels of the Benghazi investigations. An email introduced last month at a House Benghazi committee hearing indicated that former Secretary of State Hillary Clinton -- just hours after the attacks on the consulate that left four Americans dead -- knew almost immediately that an "al Qaeda-like group" had carried out the killings.

Clinton informed everyone from her own daughter to the Egyptian prime minister that the killings were the work of hard-core terrorists. Yet officially, she knowingly peddled the falsehood that a video maker had caused spontaneous demonstrations that went bad.

Apparently, the truth about Benghazi clashed with the 2012 Barack Obama re-election narrative about the routing of al-Qaeda. For days, Clinton, U.N. Ambassador Susan Rice and the president himself likewise sold the fantasy of video-driven killings.

The Black Lives Matter movement grew out of the fatal shooting of Michael Brown by Officer Darren Wilson in Ferguson, Missouri. The protestors' signature slogan, "Hands up, don't shoot," evolved from the belief that Brown raised his hands after Wilson had fired the first shot and told the officer, "I don't have a gun, stop shooting" in the seconds before his death.

Yet the Justice Department exonerated Wilson, concluding that Brown was shot after struggling with, and then charging toward, Wilson. Brown, who had allegedly stolen cigars from a liquor store shortly before his encounter with Wilson, neither put up his hands to surrender nor was shot in the back while fleeing, according to the Justice Department report.

Utter disregard for old-fashioned truth is now deeply embedded in contemporary America, largely because it advances a particular agenda. It reminds of an earlier age of politically correct fable, when evidence in the Alger Hiss case and the Julius and Ethel Rosenberg case got in the way of ideologically useful mythologies.

In another example of fantasy reinvented as reality, a Texas teen, Ahmed Mohamed, brought a strange contraption with dangling wires to class. He was promptly detained, understandably so in a touchy post-9/11 climate.

Ahmed claimed that he was a young inventor and was just showing off his creation. He became a cause celebre -- an iconic victim of Texas-style anti-Islamic bigotry. President Obama invited him to the White House. Silicon Valley's zillionaire techies pronounced him a budding genius.

But the bothersome truth again was not so glorious. A number of experts have shown how Ahmed had simply taken out the insides of an old Radio Shack digital clock, put it in a different case with some wires hanging out, and passed it off as some sort of new electronic timepiece.

No matter. The myth of supposed religious and racial bigotry thwarting a young, modern-day Alexander Graham Bell proved more powerful than the banal trick of repackaging a cheap clock.

Subsequent fact-finding does not seem to dispel these untruths. Instead, what could or should have happened must have happened, given that the noble ends of social justice are thought to justify the means deemed necessary to achieve them.

The "60 Minutes" memos about Bush's Air National Guard service were never authenticated. Everyone now rejects the myth that the Benghazi attack was a result of a video. Investigators proved that Michael Brown was not executed by Officer Wilson. Ahmed was neither a young prodigy nor a victim of bias.

But the legends are created and persist because they further progressive agendas -- and the thousands of prestigious and lucrative careers invested in them.

"Noble lies" alter our very language through made-up words and euphemisms. In our world of fable, there can be no such people as "illegal aliens" who broke federal laws by entering the United States. "Workplace violence" is how the Obama administration described the Fort Hood shootings, rather than calling it terrorism. American servicemen who shoot and die in Iraq are not supposed to be called "combat soldiers."

The enlightened ends of seeking racial and religious tolerance, equality of opportunity and political accountability are never advanced by the illiberal means of lying. What makes this 2016 election so unpredictable are fed-up voters -- in other words, Americans who finally are becoming tired of being lied to.