Ethnic Constructs Are Pointless In Our Multiracial Society 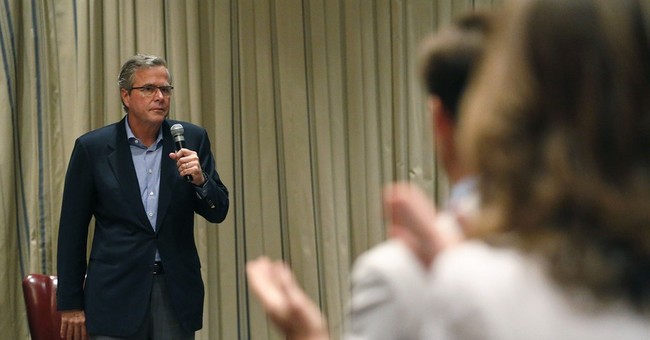 Not long ago, the New York Times uncovered the artifact that Republican presidential candidate Jeb Bush had once listed himself as "Hispanic" on a Florida voter registration form.

Bush is married to a Mexican-American. He lived for a number of years in South America and speaks Spanish fluently.

Maybe he has consciously assumed a Hispanic identity. Or perhaps he did not think there was much of a difference between "white" and "Hispanic." Or, as he said, he simply checked the wrong box by accident.

Vijay Chokal-Ingam, whose family immigrated from India, and who is the brother of sitcom actress Mindy Kaling, recently confessed that he, too, once changed his ethnic identity in frustration over not being admitted to medical school. The dark-skinned Chokal-Ingam shaved his head, used his middle name Jojo, and was admitted to Saint Louis Medical School as a minority African-American. Was he or was he not "black"?

Bush and Chokal-Ingam are not the only ones who may be confused about ethnic identity or may believe such identity can be assumed or alleged instead of being innate.

Massachusetts Sen. Elizabeth Warren for much of her career advantageously checked off "Native American" when under consideration for law professorships. Although there was no concrete evidence of any such ethnic pedigree, Warren simply cited her grandparents' family stories about their heritage as if they were proof enough to claim official and expedient Native American minority status.

Former University of Colorado professor Ward Churchill for decades masqueraded as a Native American activist. Apparently he either wished to be a Native American, or saw careerist advantages in feigning such a minority pedigree -- or both.

Churchill's ethnic get-up and long-successful ruse suggest that society does not quite know who is and who is not Native American -- or even which criteria we should use to audit such claims.

During the Trayvon Martin shooting case, the New York Times apparently wished to diminish defendant George Zimmerman's claim of minority status (he is half-Peruvian), so it coined the term "white Hispanic" for him.

Barack Obama, whose mother was a white American and whose father was a black Kenyan, used to go by the name Barry Soetoro (the last name of his Indonesian stepfather). Since college he has preferred his birth name, Barack Hussein Obama. Apparently at different times, a young Obama felt more comfortable with different ethnic nomenclatures -- and what they conveyed to others.

In all these cases, ethnic identity apparently could be reinvented, or at least tweaked.

People can change their gender if they so choose or present themselves as either sex regardless of traditional definitions. Is race likewise becoming a shifting construct, often predicated on changing nomenclature, accent, dress and superficial appearance?

Will "trans-racialists" assume another race in the manner that the transgendered now cross sexual lines?

We are more likely to identify Sen. Ted Cruz as a Latino than former New Mexico Gov. Bill Richardson. That's not because of appearance, but rather only because Cruz's father was Cuban and he has a Latino surname, while Richardson's mother was Mexican and he doesn't have a Latino surname.

Had George Zimmerman just Latinized his first name and gone by his mother's maiden name, becoming Jorge Mesa, would the New York Times have been so quick to render him a white Hispanic? Zimmerman, the person, remained the same. But were our views of him supposed to be conditioned by his particular ethnic construct?

When local newscasters trill their R's, and hyphenate or add accents to their last names, are they afraid that otherwise their language, appearance or lifestyle might not so easily showcase their minority status, which is a plus in the media?

Perhaps Jeb Bush could be called transracial. By virtue of his marriage, his Spanish fluency and his years of residence in Spanish-speaking countries, is he more Latino than are third-generation Americans with names like Nicole Lopez or Juanita Brown who speak no Spanish and have never visited Latin America?

America is a multiracial society due to immigration, intermarriage and assimilation. Perhaps it is time to cut out the bumper sticker self-labeling and instead accept that in our ethnically mixed-up nation, race has become an incidental construct rather than essential to our careers and personas.

Otherwise, do we want to return to the one-drop rule of the Old Confederacy, or the ethnic spoils system of 19th-century Austria-Hungary?

Should we wear bright government DNA badges of various colors to authenticate our racial pedigree and to prevent the current epidemic of ethnic identity fraud?