Old and In the Way? 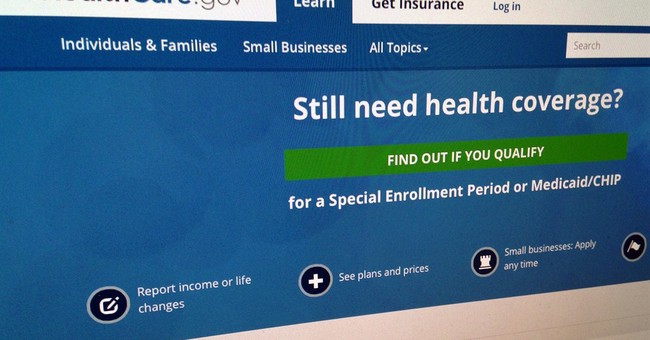 Normally, no one would care that in a recent Atlantic essay -- "Why I hope to die at 75"-- 57-year-old Dr. Ezekiel Emanuel argued that living to be 75 years old was long enough for anyone. After 75, Emanuel suggests, "We are no longer remembered as vibrant and engaged but as feeble, ineffectual, even pathetic.

But Emanuel is no garden-variety crackpot. Nor is he a wannabe science-fiction writer dreaming of a centrally planned planet of robust youthful humanoids. Unfortunately, he was one of the chief architects of the troubled Affordable Care Act and a key medical advisor to the Obama administration.

The ACA's conservative critics have long knocked Obamacare as a first step toward medical rationing. Read Emanuel's diatribe against living too long, and suddenly Sarah Palin's attack on Obamacare's "death panels" does not seem so far-fetched.

Emanuel's main point is that those who live beyond 75 inordinately gobble up collective health resources -- like flu shots. Emanuel asserts that at age 75 and beyond, he will decline nearly all medical tests and treatments. ("What about simple stuff? Flu shots are out.") He claims he won't take antibiotics either.

"I think this manic desperation to endlessly extend life is misguided and potentially destructive," Emanuel writes. "For many reasons, 75 is a pretty good age to aim to stop."

Emanuel takes the banal position that aging is more costly than youth, and then he takes it to a pathetic extreme, revealing his ignorance of both history and ethics. And while he is mostly talking about his own plans, his past influence and his present desire to disseminate his views make it clear that he would like Americans to follow his advice that it would be wise for them to be dead at 75.

Yet our present lives would be poorer had we taken away history's 75-year-olds. The great Athenian playwright Sophocles (who wrote until his death in his 90s) would never have crafted some of Greece's greatest tragedies. The Founding Fathers would not have had the sober wisdom of Benjamin Franklin in his later years. The late Jacques Barzun, the greatest contemporary student of Western values and history, published his masterpiece, "From Dawn to Decadence," when he was 93. Henry Kissinger, at 91, just published a magnum opus, "World Order."

Some of the most gripping volumes about World War II would never been written by a supposedly too old Winston Churchill. Had Ronald Reagan refused medical care and hoped to die at 75, the world would never have heard at Berlin, "Tear down this wall, Mr. Gorbachev." Had a more youthful Walter Mondale been elected in 1984 instead, would he have dared say that?

Hoping that we all die at 75 is about as inane as barring those under 50 from assuming positions of influence without commensurate experience. After all, Adolf Hitler came to power at 43. A robust Josef Stalin at 50 began collectivization of Russian farmland, which eventually killed millions of Russians. When an untried 31-year old Kaiser Wilhelm II dismissed the sober and experienced Chancellor Otto von Bismarck, who was 75 at the time, the German Empire took a path that would lead to World War I.

Does anyone believe that an inexperienced but youthful Barack Obama is a better president because he did not wait to run until he was 60, when he might have had over a decade more of political savvy?

Age is no absolute barometer. We all know those who at 75 are far more vigorous than others who are couch potatoes at 40. If Emanuel's point is that living beyond 75 is unwise given the odds that society will reap less achievement per resources invested, then that frightening anti-humanist argument can be extended to almost any category.

Should we do away with health care for those with chronic debilitating diseases on the theory that society inordinately gives them too much time and capital and gets very little in return? Events of the 20th century should warn us about where such government decision-making on health has led.

Why incarcerate prisoners for life sentences? They will likely produce little behind bars. Take values, morality and collective debt for past services out of the equation, and we could just as easily choose not to treat severely wounded veterans, given that they are unlikely to return to the battlefield.

How exactly does Emanuel judge achievement? By elite measures of where you went to school, who you know and the influence you peddle?

Many might suggest that a naive and clueless Emanuel in his early 50s did the nation a lot of damage by dreaming up a lousy, big-government health-care scheme. Under Obamacare, millions lost their doctors and existing health care. They have paid more for deductibles and premiums, as the nation increased its debt to only marginally cover more of the uninsured.

Most Americans can cite a grandparent's wise advice and aggregate experience as changing their lives for the better. I was blessed that three of my grandparents lived well beyond 75 and taught me everything from riding a horse and farming to accepting setbacks with calm and dignity.

In contrast, the greatest tragedy in my life was the far too early death of my mother at 67 -- at precisely the point when our family most needed her omnipresence, caring and sage counsel.

Who knows -- had Dr. Emanuel been asked to help draft an Affordable Care Act in his mid-70s, we might not have had to collectively suffer from his youthful inexperience.