Is Obama Walking the Trail Blazed by Nixon? 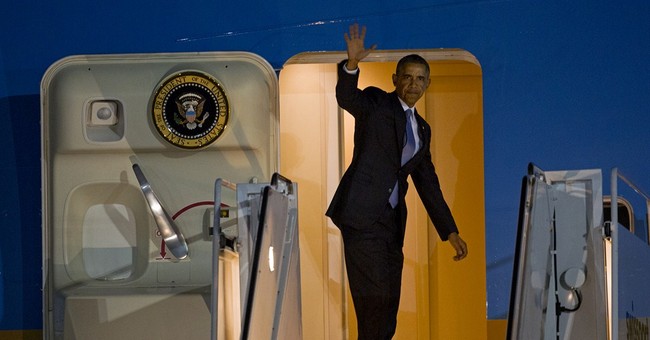 What would a president do if he were furious over criticism, or felt that his noble aims justified most means of attaining them?

Answer that by comparing the behavior of Richard Nixon to that of an increasingly similar Barack Obama.

Nixon tried to use the Internal Revenue Service to go after his political enemies -- although his IRS chiefs at least refused his orders to focus on liberals.

Nixon ignored settled law and picked and chose which statutes he would enforce -- from denying funds for the Clean Water Act to ignoring congressional subpoenas.

Nixon attacked TV networks and got into personal arguments with journalists such as CBS's Dan Rather.

Nixon wanted the Federal Communications Commission to hold up the licensing of some television stations on the basis of their political views.

Nixon went after "enemies." He ordered surveillance to hound his suspected political opponents and was paranoid about leaks.

Now, consider how President Obama has directed government, as opposed to the platitudes he has offered about how it should operate.

The IRS? So far, the Obama-era IRS has succeeded in hounding nonprofit Tea Party groups into political irrelevancy. By holding up rulings on nonprofit status, the IRS ensured that the Tea Party's big political wins of 2010 would not be a factor in the president's 2012 re-election bid. Disgraced former IRS official Lois Lerner headed the division that focused inordinately on conservative groups. But she has refused to answer questions to Congress -- invoking the Fifth Amendment to protect herself from self-incrimination.

The FCC? According to FCC Commissioner Ajit Pai, Obama's agency, until outrage arose, had planned "to ask station managers, news directors, journalists, television anchors and on-air reporters to tell the government about their 'news philosophy' and how the station ensures that the community gets critical information." In other words, Obama FCC appointees dreamed of predicating federal licensing on having politically correct views similar to their own.

Enemies? Federal authorities jailed a video maker for a minor probation violation after the Obama administration falsely blamed him for causing a riot that led to the deaths of four Americans in Benghazi in September 2012. In truth, the attack was an organized terrorist hit facilitated by our own lax security.

Dinesh D'Souza has written and filmed some very unflattering things about Obama. He might be as openly critical of the president as Daniel Ellsberg once was of Nixon. In January, the office of Obama-appointed U.S. Attorney Preet Bharara indicted D'Souza on federal charges of violating campaign finance laws. If convicted, D'Souza could be imprisoned for up to seven years. Usually, those accused of such transgressions face far lesser charges involving fines.

Speaking of the Obama Justice Department, its former Office of Public Affairs director, Tracy Schmaler, was reported to have worked closely with the George Soros-funded Media Matters for America on stories slamming critics of the administration. When the story alleging this public-private political partnership came out, Schmaler resigned -- and then went to work for former Obama political operative David Axelrod.

Going after reporters? Obama regularly blames Fox News by name for its criticism. In 2008, he seemed to enter into a personal grudge match with Fox's Sean Hannity.

Ignoring the law? The Affordable Care Act as currently administered bears little resemblance to the law that was passed by Congress and signed by the president. Federal immigration law is now a matter of enforcing what the president allows and ignoring the rest.

Wiretaps? Well, aside from the electronic surveillance conducted by the National Security Agency, the Obama Justice Department secretly monitored Fox News reporter and sometime critic James Rosen. The Justice Department even seized his e-mails and phone records in fear that he might publish administration leaks. To hide these shenanigans, the Justice Department fraudulently dubbed Rosen a flight risk and a possible criminal co-conspirator.

There are a few differences, however, between the transgressions of Nixon and Obama, and America's reaction to them.

The old watchdogs of civil liberties that took on Nixon -- the America media of the Watergate era -- are now silent. For them, Obama is not right-wing, easily caricatured, unappealing or an old anti-communist agitator, but an iconic liberal, charismatic, and in the past an experienced community organizer. A Democratic Senate majority now has little interest in auditing Obama, though it once zealously pounced on Nixon's misdeeds.

If you once suggested that Nixon's team was violating constitutional principles, you were hailed as speaking truth to power. Try that with progressive Obama, and you are likely to be caricatured as some sort of embittered Tea Party zealot at best, a retrograde racist at worst. Nixon ended impeached and disgraced; Obama may well enjoy a lucrative and in-demand post-presidency.

Both presidents once had enormous potential and high poll ratings, but their treatment of the Constitution was as Orwellian as it was unnecessary. Before Nixon imploded, he was warned to stop it.