The Year of the Dud 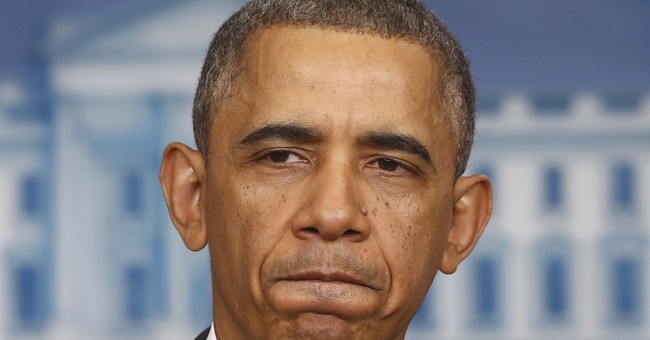 Lots of things that should have happened in 2013 did not.

We were supposed to have long ago reached "peak oil" and an age of always-higher gas prices. Wind and solar power -- and a reduced lifestyle -- were our dismal future.

But someone or something did not cooperate with gloomy government predictions. After all the failed subsidized green companies, the postponement of the Keystone Pipeline, the radical restrictions of new gas and oil leasing on federal lands, and the promises for radical climate-change legislation curtailing carbon energy use, the United States nevertheless seems awash in old energy.

Gas prices have been going down. Oil and natural gas production is going up. America may soon be the largest coal exporter in the world. There is little worry over any more Middle East embargoes and cutoffs of oil.

Energy-intensive industries talk of relocating from Asia and Europe to a new America of cheaper electricity. The more the Obama administration wanted a landscape of alternative energy, the more it seemed traditional oil and natural gas gushed out of American soil.

Obamacare may take its place among Sasquatch, crop circles and the Loch Ness monster as one of the great hoaxes of all time. Before the 2012 election, Americans swallowed hook, line and sinker the con that they could all at once keep their existing health plans, keep their own doctors, keep their 25-year-olds on the family health plan, never be denied coverage for a costly pre-existing condition, sign up instantaneously on a website, buy insurance only after becoming seriously ill -- and yet save $2,500 in annual premiums as part of the bargain. And all that without any new taxes on the middle class.

In 2013, the ruse was revealed. Voters learned that nothing is free, and that it's impossible to get more coverage for more people at less cost. Plans were cancelled, doctors were dropped, premiums soared, websites crashed. Medicare was raided. Taxes were raised on everything from medical devices to real estate sales. Medicaid enrollments spiraled.

In 2013 the grievance industry also fizzled. For all the demands to change the supposedly insensitive name of the Washington Redskins, team owner Daniel Snyder said no, the public nodded, and that apparently was that.

No one much bought Oprah Winfrey's contention that a tony boutique in Switzerland had discriminated against her because a clerk at Trois Pommes failed to recognize the billionaire -- and therefore was reluctant to show Oprah her desired $38,000 crocodile bag. For that matter, few were convinced that an entire generation of Americans must die off, as she suggested in a BBC interview, to satisfy her visions of a racially harmonious America.

GLAAD, a gay and lesbian advocacy group, was no more convincing in its demands that Phil Robertson of "Duck Dynasty" be summarily fired from the show for making insensitive remarks. Although A&E caved for a few days by suspending Robertson for his rude comments in a magazine interview, the network's outrage apparently did not last long.

With finger to the monetary wind, executives at A&E discovered that more viewers sided with free speech than with GLAAD's demands for censorship, so they flip-flopped to cash in with a Christmas marathon session of money-making "Duck Dynasty" reruns. Even the customary intervention of Jesse Jackson did not result in "Duck" apologies or curb A&E's desire for lucre.

It should have been a banner year for the re-elected Barack Obama. In January he promised us the rollout of new health care and climate change legislation, immigration reform, more gun control, and new federal spending initiatives. Instead, his approval ratings dived to the lowest level at this point in a president's second term since Richard Nixon's.

Why the sudden unpopularity of the mellifluous and charismatic Obama?

He forgot the old rule that a president can mislead, misstate and misquote only so many times. And there were many, many times in 2013. Can we ever recall them all?

The false red lines in Syria. The promise to intervene and then not to intervene against Bashar Assad in Syria. The need for tough and suddenly not-so-tough sanctions against Iran. The ongoing vows to find the allegedly video-inspired killers of Americans in Benghazi. The good and then bad Muslim Brotherhood, and the good and then bad junta that followed. The once-"outrageous" IRS scandal now dismissed as a mere hyped media melodrama. The doctors and health plans you can keep -- period! The serial summers of recovery.

Finally, all that rhetoric became an overload. The American people shrugged and the great second term began to fizzle in the year of the dud.