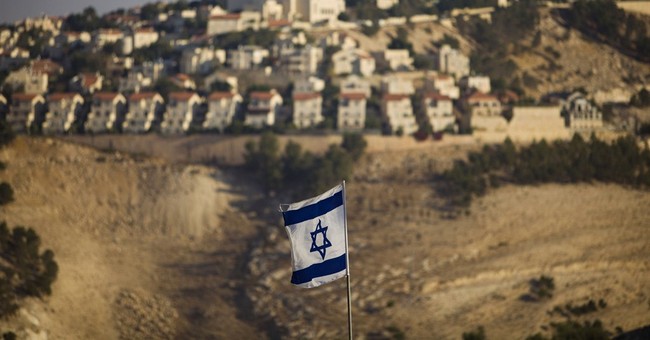 Israel could be forgiven for having a siege mentality -- given that at any moment, old frontline enemies Syria and Egypt might spill their violence over common borders.

The Arab Spring has turned Israel's once-predictable adversaries into the chaotic state of a Sudan or Somalia. The old understandings between Jerusalem and the Assad and Mubarak kleptocracies seem in limbo.

Yet these tragic Arab revolutions swirling around Israel are paradoxically aiding it, both strategically and politically -- well beyond the erosion of conventional Arab military strength.

In terms of realpolitik, anti-Israeli authoritarians are fighting to the death against anti-Israeli insurgents and terrorists. Each is doing more damage to the other than Israel ever could -- and in an unprecedented, grotesque fashion. Who now is gassing Arab innocents? Shooting Arab civilians in the streets? Rounding up and executing Arab civilians? Blowing up Arab houses? Answer: either Arab dictators or radical Islamists.

The old nexus of radical Islamic terror of the last three decades is unraveling. With a wink and a nod, Arab dictatorships routinely subsidized Islamic terrorists to divert popular anger away from their own failures to the West or Israel. In the deal, terrorists got money and sanctuary. The Arab Street blamed others for their own government-inflicted miseries. And thieving authoritarians posed as Islam's popular champions.

But now, terrorists have turned on their dictator sponsors. And even the most ardent Middle East conspiracy theorists are having troubling blaming the United States and Israel.

Secretary of State John Kerry is still beating last century's dead horse of a "comprehensive Middle East peace." But does Kerry's calcified diplomacy really assume that a peace agreement involving Israel would stop the ethnic cleansing of Egypt's Coptic Christians? Does Israel have anything to do with Assad's alleged gassing of his own people?

Yet if Erdogan has charmed President Obama, he has alienated almost everyone in the Middle East. Islamists like former Egyptian President Mohamed Morsi felt that Erdogan was a fickle and opportunistic conniver. The Gulf monarchies believed that he was troublemaker who wanted to supplant their influence. Neither the Europeans nor the Russians trust him. The result is that Erdogan's loud anti-Israeli foreign policy is increasingly irrelevant.

The oil-rich sheikdoms of the Persian Gulf once funded terrorists on the West Bank, but they are now fueling the secular military in Egypt. In Syria they are searching to find some third alternative other than Assad's Alawite regime and its al-Qaeda enemies. For the moment, oddly, the Middle East foreign policy of Saudi Arabia, Kuwait and the other oil monarchies dovetails with Israel's: Predictable Sunni-Arab nationalism is preferable to one-vote, one-time Islamist radicals.

Israel no doubt prefers that the Arab world liberalize and embrace constitutional government. Yet the current bloodletting lends credence to Israel's ancient complaints that it never had a constitutional or lawful partner in peace negotiations.

In Egypt, Hosni Mubarak's corrupt dictatorship is gone. His radical Muslim Brotherhood successors were worse and are also gone. The military dictatorship that followed both is no more legitimate than either. In these cycles of revolution, the one common denominator is an absence of constitutional government.

In Syria, there never was a moderate middle. Take your pick between the murderous Shiite-backed Assad dictatorship or radical Sunni Islamists. In Libya, the choice degenerated to Muammar Gaddafi's unhinged dictatorship or the tribal militias that overthrew it. Let us hope that one day Westernized moderate democracy might prevail. But that moment seems a long way off.

What do the Egyptian military, the French in Mali, Americans at home, the Russians, the Gulf monarchies, persecuted Middle Eastern Christians and the reformers of the Arab Spring all have in common? Like Israel, they are all fighting Islamic-inspired fanaticism. And most of them, like Israel, are opposed to the idea of a nuclear Iran.

In comparison to the ruined economies of the Arab Spring -- tourism shattered, exports nonexistent, and billions of dollars in infrastructure lost through unending violence -- Israel is an atoll of prosperity and stability. Factor in its recent huge gas and oil finds in the eastern Mediterranean, and it may soon become another Kuwait or Qatar, but with a real economy beyond its booming petroleum exports.

Israel had nothing to do with either the Arab Spring or its failure. The irony is that surviving embarrassed Arab regimes now share the same concerns of the Israelis.

In short, the more violent and chaotic the Middle East becomes, the more secure and exceptional Israel appears.