The Winningest Losers in the Trade War

Veronique de Rugy
|
Posted: Oct 18, 2018 12:01 AM
Share   Tweet
The opinions expressed by columnists are their own and do not necessarily represent the views of Townhall.com. 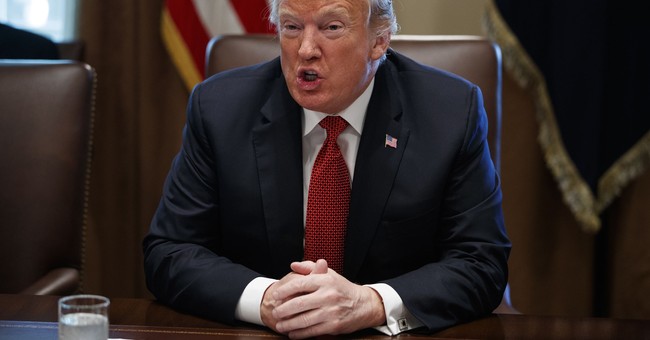 We were told that if Donald Trump were to get elected, we'd be winning so much that we would become bored with winning. To be fair, some good developments have taken place under this president. A fast-growing economy, a palpable business optimism, a much-needed lower corporate tax rate and fewer regulations come to mind.

However, when it comes to trade policy, America doesn't look like a winner. What are being sold to us as big victories are actually aches and pains for many American businesses and consumers. Let's recap:

In January of this year, the Trump administration imposed tariffs on imported solar panels and washing machines. Americans now get to pay a good 16 percent more for washers and dryers, and both China and South Korea filed complaints against the United States before the World Trade Organization.

In March, the Trump administration announced that our national security required imposing metal tariffs on our NATO allies and a few other countries. The steel and aluminum industries considered this a big victory for themselves -- other American interests and downstream metal-consuming industries, not so much.

The American firms that use those metals to produce their outputs face much higher input prices due to the import tax and have seen their costs spike. Even those that only source metal from within the United States report higher costs and a more difficult business environment. Far from being winners, these firms are domestic losers in the ongoing trade disputes. As a result, they've filed over 34,000 separate requests to be exempt from the tariffs that are destroying their businesses. Yet very few have been heard, and even fewer have found relief.

Almost every country targeted by the administration has since retaliated with tariffs against U.S. exporters. American companies, like Harley-Davidson, have been caught in the crosshairs. That didn't seem to convince the administration that, contrary to its claim, trade wars are neither good nor easy to win. So it went ahead with imposing several more rounds of tariffs on China, which didn't waste any time before retaliating with its own tariffs.

American farmers, like soybean exporters who faced 25 percent tariffs in China, found themselves losing in the global trade dispute. They made their distress known by requesting and receiving some subsidies as compensation for export fallout. But these government handouts won't be enough if the fight continues.

In what the administration claims to be its biggest win so far, the United States, Mexico and Canada finally reached a deal on NAFTA 2.0. However, as the Cato Institute's Dan Ikenson explains in detail, the new United States-Mexico-Canada Agreement (USMCA, as it's now called) is the best trade deal ever negotiated -- except for all of the others. For example, it makes very little progress on tariffs since there wasn't really much room for improvement, with the exception of U.S. dairy exports to Canada.

The revised auto section of the deal is awful, too. It will increase Americans' cost of buying cars, reduce the U.S. automobile industry's competitiveness and increase the offshoring of some sectors of the auto industry. These ill effects are on top of the hit these companies already took due to the steel and aluminum import taxes. Automakers will probably support USMCA because a deal is better than no deal, but not many outside of the West Wing are happy about this.

In theory, the goal for all of this trade disruption was to negotiate lower tariffs. In reality, it hasn't worked. Global tariffs have gone up. That's a bummer for the small and midsize companies that moved production back to the United States from China before the trade dispute started. Over 50 percent of the U.S. tariffs on Chinese imports are on intermediate goods, parts and materials used to make finished U.S. products. This reality means that production costs have increased for these firms dramatically.

Making matters worse, these companies now have to compete with foreign imports of final goods whose costs haven't been raised by tariffs and hence are cheaper but of equal quality. In the end, these small U.S. firms have to raise their prices, fire workers and/or postpone plans to expand U.S. production. Some companies are actually moving some of their businesses back abroad.

The bottom line is that when it comes to trade, this type of winning sure looks a lot like losing.