Veronique de Rugy
|
Posted: Jul 13, 2017 12:01 AM
Share   Tweet
The opinions expressed by columnists are their own and do not necessarily represent the views of Townhall.com. 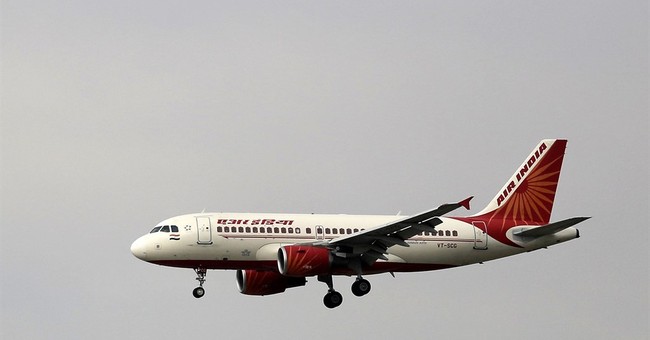 Consumers have benefited for decades from the presence of Open Skies agreements that lessen government interference in the market for international air travel. Now, a coalition of the big three U.S. airlines -- Delta Airlines, American Airlines, and United Airlines -- along with labor unions, are hoping to ride the wave of economic nationalism and roll back these bilateral agreements, opening markets to foreign competition under the guise of "fairness."

Deregulation of the U.S. airline industry has led to lower prices and greater choice in routes and service. The Open Skies agreements provided a means to achieve similar results in the international market by encouraging other governments to do the same. These agreements mean that U.S. airlines can fly at will to treaty countries, and vice versa. They have also made it very profitable for domestic airlines to partner with Emirates Airline flying to the United States.

That's proven good for consumers, who have more choices for international travel than ever before, and at better prices, but it isn't appreciated by certain legacy carriers facing increased competition.

Like many who seek special dispensation from the government, legacy carriers couch their appeals as one for "fair competition." This is a common euphemism for government interference and should be rejected as such.

They want the Open Skies agreements between the United States and Persian Gulf governments thrown out and to deny Etihad Airways and Qatar Airways access to American cities because they're subsidized by their governments. But so are other U.S. airline partners, many of whom happened to also be government-owned. Such subsidies are unfortunate, but they're hardly a reason to rip up the very system that's pressuring governments around the world to reduce protectionist behaviors.

U.S. airlines have also received, and continue to receive, their unfair share of government handouts, which is all the more reason to question their stated interest in fairness. As my colleague Gary Leff recently noted on his popular "View From the Wing" blog, "This isn't my preferred way of fostering commerce, but the history is clear that airlines have been intertwined with governments since their inception." He goes on to give the gory details of an industry with close to a century-long history of government subsidies, protection from competition, pension liability rescues and bailouts.

There is also your everyday government-granted handout: the Fly America Act, which requires federal travelers to use U.S. carriers for federally funded travel without consideration for cost or convenience, or the Essential Air Service program and its generous subsidies for airlines serving rural communities. In addition, as Leff notes, "In the U.S. nearly all commercial airports are owned by government, and they generally share revenue with airlines for all the business activity that takes place inside." The bottom line, Leff says, is that "it's impossible to disentangle the airline industry from U.S. government."

Let's not forget the biggest losers when a government subsidizes particular industries: taxpayers. If anyone should be upset about subsidies from Persian Gulf governments, it should be their citizens, who are poorer for having to help pay for Americans traveling more cheaply. But, as mentioned above, they're hardly alone in that behavior.

Open Skies agreements succeeded in reducing subsidies and other forms of government interference, but it's true that there's much more to do on that front. Subsidies are still all too common throughout the world, reflecting just how connected with governments the air travel industry has always been.

Still, Open Skies agreements have proven a commendable step in the right direction, encouraging governments throughout the world to reduce interference in the market and remove barriers to international travel. They have also benefited numerous other American carriers that are able to access routes throughout the world and compete against foreign airlines.

The proliferation of Open Skies agreements created a boom in international air travel. To prevent a regression by governments to old protectionist behaviors, the United States should continue to set an example as a leader in promoting free market competition. That means rejecting appeals for protectionism, even when couched as a matter of fairness.