If at First You Don't Succeed, Get Back on the 'Repeal and Replace' Horse

Veronique de Rugy  |  Mar 30, 2017
The opinions expressed by columnists are their own and do not necessarily represent the views of Townhall.com.
Top Columns
Trending on Townhall Media 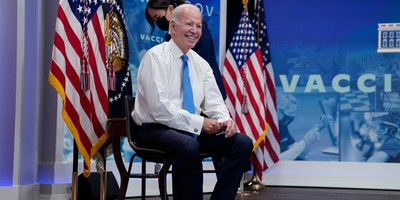 After last week's Obamacare repeal-and-replace bill debacle, President Donald Trump and the House Republican leadership seemed ready to throw in the towel and give up on health care reform. Thankfully, a few days later, House Speaker Paul Ryan announced that Republicans are "not going to just all of a sudden abandon health care." The feeling is shared by Trump, who, shortly thereafter, told a group of senators, "I know that we're all going to make a deal on health care."

That's the least they could do for the American people. Who gives up after one try? Under the best of circumstances, fundamental reforms are hard. Fundamental reform of the health care system is among the most difficult legislative and political tasks, and this effort wasn't the best of circumstances. Indeed, the bill didn't fail because of the Freedom Caucus as many claim. It didn't fail because the president didn't offer to compromise on a few aspects of the bill to increase the "yes" vote count. It didn't fail because the National Economic Council chief didn't defend the bill properly on Sunday talk shows. And it certainly didn't fail for lack of bullying from the administration.

It failed because it was a bad bill. It wouldn't have reformed many of the Affordable Care Act's regulations, and it would have done little to control rising health care insurance premiums. It also doubled down on the misguided idea that the government and insurers, rather than consumers, should pay for a large number of Americans' non-catastrophic health care needs. This, among other things, contributes to the rise of health care costs. Adding insult to injury, it was a political bill that failed the long-term stated policy goal of repealing Obamacare.

It's difficult to overstate how utterly tragic and depressing this is. After all, Republicans stand for nothing if they don't stand for repealing Obamacare. As the Washington Examiner's Philip Klein writes, "Republicans ran on repealing and replacing Obamacare for seven years, over the course of four election cycles. They won the House majority in 2010 in large part because of the backlash against the passage of Obamacare -- and the vow to 'repeal and replace' Obamacare was part of their 'Pledge to America' campaign document that year." And, Klein adds, Trump also "consistently campaigned on repealing and replacing Obamacare, and exploited news of spiking premiums in the weeks leading up to the presidential election." In other words, breaking the promise to repeal and replace Obamacare should and would very likely carry a heavy political price tag.

However, there are more pressing reasons to continue efforts to reform the health care law. Key among these is that Obamacare itself hasn't been fixed. Skyrocketing insurance premiums are hurting the American people and lowering their standard of living.

Caving on Obamacare repeal also would mean risking a deluge of states looking to expand Medicaid. With the country almost $20 trillion in debt, mostly because of the cost of government spending on health care, this would be bad news down the road. But that's only the beginning. In 2016, the Medicaid expansion was $230 billion, or 53 percent, more expensive than originally projected in 2014. It will get worse. As such, rolling back the Medicaid expansion is a first step to start controlling our debt. It's important for many states, as well, because Medicaid is now the biggest item in their budget and further spending expansion would squeeze out other items, such as education and transportation.

But at the end of the day, the reason reform is a priority is that Medicaid is a terrible way to deliver health care to low-income Americans. As economists at Harvard, MIT and Dartmouth have shown, Medicaid returns only 20 to 40 cents for each dollar spent on new enrollees and fails to demonstrate that it provides real health benefits to those enrolled. Numerous studies also have found that contrary to the promise made before the implementation of Obamacare, Medicaid expansion has resulted in a surge in emergency room use.

Republicans must go back to the drawing board as soon as possible to figure out how to deliver what they have been promising for years: better-quality care that doesn't bankrupt the country. Once that's done, they can turn to Medicare, another unsustainable government account.