Catfish, the Other Cronyism Meat?

Veronique de Rugy
|
Posted: Jun 30, 2016 12:01 AM
Share   Tweet
The opinions expressed by columnists are their own and do not necessarily represent the views of Townhall.com. 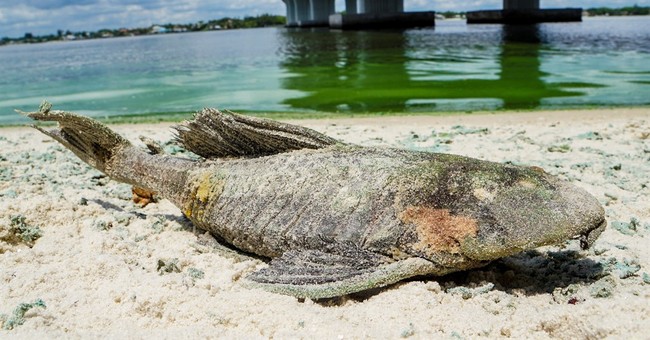 Cronyism is the ugly marriage between special interest groups and politicians, which results in an abuse of the government's power to grant special privileges to a few winners -- for example, unfairly preventing competition or doling out subsidies and bailouts at the expense of taxpayers. Though cronyism is always outrageous, the way cronies go about achieving their goals is sometimes oddly funny. Case in point: the government's changing the definition of catfish to classify the fish as -- wait for it -- meat, not seafood.

As Patrick Mustain reports in Scientific American, Sen. Thad Cochran, R-Miss., included an amendment in the 2008 farm bill designating catfish as a "species amenable to" the Federal Meat Inspection Act, which "requires appointment of inspectors to examine and inspect all meat food products prepared for commerce." The 2014 farm bill made this silly amendment official.

As a result, from now on, catfish and a few other species of fish will be inspected by the U.S. Department of Agriculture's Food Safety and Inspection Service rather than by the Food and Drug Administration's seafood inspection program. All other seafood will continue to be inspected by the FDA.

Does it really matter who inspects what fish? Yes, because the cost to develop the new program will be $14 million and the ongoing annual cost during the transition phase will be $2.5 million. The USDA's inspections are also much more burdensome and frequent than the FDA's.

Is that extra scrutiny necessary because catfish carry a high risk of causing food poisoning? Nope. Advocates for the rules will point to recent USDA "discoveries" of chemical residue in catfish, but that finding doesn't hold water. In May 2012, the Government Accountability Office noted that the USDA catfish program "would cause duplication and inefficient use of resources" because "as many as three agencies -- FDA, FSIS, and (the National Marine Fisheries Service) -- could inspect facilities that process both catfish and other types of seafood." That's insane because in 2013, the GAO also found that catfish are a low-risk food and that safety wouldn't be enhanced by switching inspections from the FDA to the USDA.

A look at who is behind this rule tells you all you need to know about how misguided it is. During the public comment sessions, the domestic catfish farming industry was very vocal about the need for more regulations and oversight of their business. This seems odd because it's not often that one hears of an industry clamoring for more regulations -- that is, of course, unless it has a financial interest in doing so.

For years, domestic catfish producers were getting hammered by competition coming from China and Vietnam. Those same catfish farmers understood that unlike the FDA inspection program, the USDA inspection program has a separate "equivalency" test for imports, which adds a layer of regulations only on imports and could take countries years to implement. In the meantime, they'd be completely barred from the U.S. market. Domestic catfish farmers love that. Also, 94 percent of U.S. farm-raised catfish is raised in Alabama, Arkansas, Louisiana and Mississippi, hence the interest of Sen. Cochran to push this misguided regulation on catfish.

Unfortunately, there are many losers in this scenario. First, the reduced competition faced by catfish farmers guarantees that the price for the fish (or should I say meat?) will go up. Second, catfish processors are on the losing side of the USDA inspection rule because most of them process other seafood -- and now they'll have to comply with the USDA rules and the FDA rules. Third, taxpayers will have to foot an expensive bill for a duplicative rule that will achieve little except artificially boosting the profits of a few domestic catfish farmers. Finally, non-catfish industries will suffer as a result of the trade retaliation against this catfish protectionism.

There is, however, some light at the end of the tunnel. As Heritage Action for America's Dan Holler recently told me, "the choice between consumers and well-connected parochial special interests should not be difficult for Republican leaders. With a presidential signature likely and a clear majority of House Republicans in support of overturning the ... rule, now is the time to act." But will they?