Twila Brase
|
Posted: Aug 19, 2017 12:01 AM
Share   Tweet
The opinions expressed by columnists are their own and do not necessarily represent the views of Townhall.com. 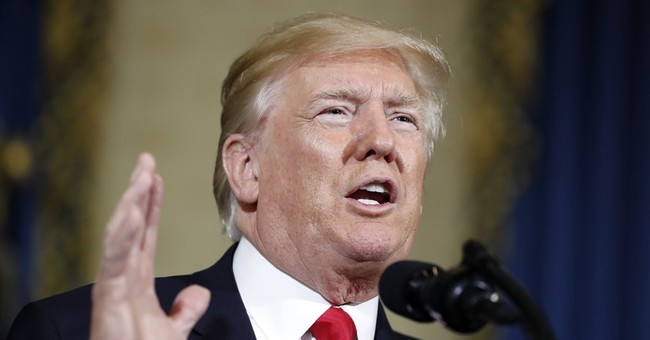 Health care is at the front line in a power play for America. A White House official announced Wednesday that the Trump administration will continue President Barack Obama’s unconstitutional payment of cost-sharing reduction (CSR) subsidies to insurers through August.

Despite outward appearances and media commentary, this is not ultimately about health care. The Affordable Care Act is focused on nationwide leveling of American incomes. Redistribution of workers’ wages is taking place through skyrocketing premium subsidies and billions in illegal CSR subsidies.

Obama didn’t let his oath get in the way. Without the cash, insurers would have refused to participate in the Obamacare exchanges. With the cash, Obama’s legacy act didn’t immediately crash and burn, and health plans got billions in guaranteed tax dollars every year.

The GOP-controlled House of Representatives discovered the unauthorized payments, sued and won on constitutional grounds. Only Congress has the power of the purse. Unfortunately, the judge let the payments continue pending appeal.

President Trump says he wants Obamacare to implode. He has the power to do it and no one can stop him, but he must act to:

-Shut down the CSR payments.

-Drop the administration’s appeal of U.S. House v. Price, admit that payments violate the U.S. Constitution and use his oath of office to protect it.

-Order the end of “special contribution” payments that members of Congress and their staff secured through the Obama administration to subsidize their Obamacare premiums.

Trump’s delay in using his executive power to stop the Affordable Care Act is dangerous—unless you’re a fan of socialized medicine. With enough time, and in the face of fear-mongering and left-leaning reporters who refuse to discuss the redistribution scheme, right-leaning politicians will cave to uninformed public pressure and fully install national health care in America—run by health plans skilled in siphoning billions from taxpayers.

Want evidence? In the wee hours of July 28, after the “skinny repeal” bill failed, Senate Majority Leader Mitch McConnell intimated the possibility of saving the CSR subsidies: “Bailing out insurance with no thought of any kind of reform is not something that I want to be part of.” The week of September 4, the GOP-led Senate HELP Committee plans to hold hearings on a “bipartisan ACA stabilization bill,” which will likely offer to authorize the payment of CSR subsidies that have been unlawfully paid by Obama for years to keep the ACA from imploding.

Truth is scarce in the Left’s drive to socialize medicine—unless you listen carefully.

After the ACA passed, Sen. Max Baucus (D-Mont.) said the law would correct the “maldistribution of income” across the country. Thus, the ACA is a clever economic strategy to socialize the incomes of American men and women through the health care system—using health plans.

Health plans are not health insurers. They are socialized medicine systems under corporate cover. Former Sen. Ted Kennedy (D.-Mass.) got them started with the HMO Act of 1973, its $375 million in development funding and a mandate that certain employers offer an HMO. The ACA, which prohibits true insurance (major medical indemnity policies), gave the entire market to the health plans, which increasingly centralize citizen dollars, patient data and physician medical decisions under one corporate structure. In 2000, the U.S. Supreme Court ruled in Pegram v. Herdrich that Congress “has promoted the formation of HMOs for 27 years” and “inducement to ration care is the very point of any HMO scheme.”

So here we are, at a crucial moment for the future of America. Trump can act decisively and swiftly to assure a future of freedom, or delay and put freedom in dire danger. Implosion will lead states to do what they should have done from the very beginning: use their 10th Amendment powers and tell the federal government and its confiscatory redistribution scheme to take a hike.

There’s a country to protect. Freedom is on the line.

President Trump, are you listening?