Trent England
|
Posted: Aug 19, 2021 12:01 AM
Share   Tweet
The opinions expressed by columnists are their own and do not necessarily represent the views of Townhall.com. 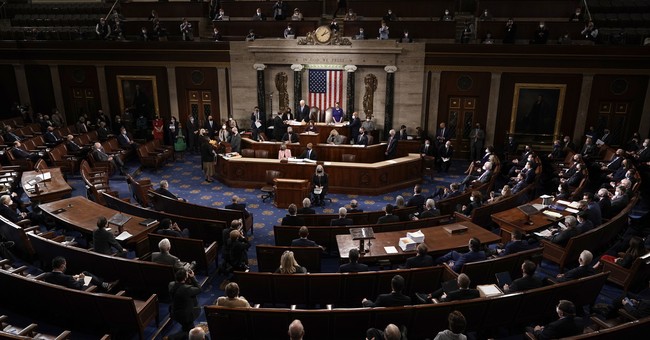 A campaign to nullify the Electoral College has come to a screeching halt. For more than a decade, the National Popular Vote Interstate Compact (NPVIC) added states until reaching nearly three-quarters of its goal. Yet now it is moving backward, with states that nearly joined in the past rejecting it with large bipartisan majorities. Of 29 NPVIC bills introduced in 16 states, just two received a hearing, and those were voted down with Democrats and Republicans unified in opposition. Rather than a bump in the road, this may be a dead end.

The National Popular Vote movement began in 2006, but it is part of a long tradition of political losers trying to rewrite the rules. The idea came after Al Gore’s loss to George W. Bush in 2000. Three law professors realized that if enough states gave away their electoral votes based on the popular vote across the country, they could upend the Constitution’s state-by-state election process. Without a constitutional amendment, they could force the Electoral College to rubber-stamp the popular vote result.

Enter John Koza, a computer scientist from San Francisco and the inventor of the scratch-ticket lottery. He had supported Gore, even serving as one of California’s presidential electors. Koza used his lottery fortune to create the National Popular Vote interstate compact and the eponymous campaign for it.

Interstate compacts are state laws that create an agreement between states that enact them. The NPVIC compact changes how states choose presidential electors (it does not tell electors how to vote, as some erroneously believe). NPVIC states would choose electors based on the nationwide popular vote, not the popular vote result within their state. All this has a trigger: it only takes effect if passed by enough states that they together control 270 electoral votes, a majority that would determine the outcome of presidential elections.

Maryland was the first state to join NPVIC, in 2007, followed by New Jersey, Illinois and Hawaii the next year. It gained the public and financial support of Jonathan Soros, the son of liberal mega-donor George Soros. Other states joined, including Massachusetts, Vermont, California, and New York — the latter two bringing large numbers of electoral votes.

Major Democratic Party donors were backing the NPVIC campaign, and the bluest states were signing on, but success was a two-edged sword. Koza was running out of blue states, especially after major Republican gains in the 2010 and 2014 elections, so he shifted his lobbying to target red-state legislators. One tactic was to take lawmakers on junkets to places like Hawaii and Las Vegas. While some Republicans signed on, success was fleeting. No red state has ever joined NPVIC, and of the Republican legislators who did sign on, many have since recanted their support and become staunch opponents of the compact.

The partisan divide was amplified by the election of Donald Trump in 2016. While it spurred passage of NPVIC in five more blue states, any glimmer of Republican support for NPVIC disappeared. The bill also appeared poised to pass in both Maine and Virginia, where Democrats had recently won "trifectas" — control of both chambers of the legislature and the governor’s mansion. Then came the election of 2020.

One effect of the Electoral College is to minimize the federal role in elections and cabin disputes within individual states. Presidents and their appointees have almost no power over presidential elections, and the role of Congress is limited. Within each state, the legislature writes election laws and then state and local officials carry them out. This decentralized process is itself a protection against all kinds of ills, real or imagined.

The NPVIC compact would undo all this in its effort to overlay a direct national vote on top of the Constitution’s state-by-state system. If the compact took effect, an official in each NPVIC state would try to obtain election results from every other state, total them up, and certify a national result. But what if one of those officials refused to accept the results from another state, or from a group of states? The compact says nothing about how to resolve ambiguities or disputes. At best, NPV would turn it all over to judges.

One silver lining of the last election is a renewed appreciation for the challenge of running elections and maintaining voters’ trust. American history is full of bitter political contests—along with pandemics, wars, depressions, dustbowls, and the like. This rediscovered realism has led to a bipartisan rejection of NPVIC, including in states like Maine and Virginia that had appeared poised to pass the measure. While there were always some Democrats opposed to NPVIC, their ranks are growing.

The Electoral College as it works today limits the harm any one bad actor can do in a presidential election. It uses states to contain disputes, while also protecting the power of states to control their own election processes. These are benefits that both Democratic and Republican state legislators appreciate.

Not long ago, the NPVIC campaign looked like it might actually nullify the Electoral College. Yet it never succeeded at winning even one red state, and now a growing number of Democrats as well as the vast majority of Republicans are rejecting NPVIC legislation. As recent events have led state legislators to think more deeply about elections, the dangerous flaws in this anti–Electoral College plan have become more glaring.