War at the Supreme Court

Townhall.com Staff
|
Posted: May 03, 2022 1:20 PM
Share   Tweet
The opinions expressed by columnists are their own and do not necessarily represent the views of Townhall.com. 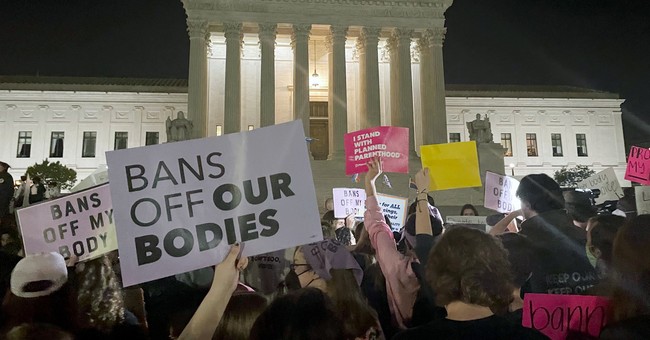 The biggest Supreme Court decision in a generation may be imminent. A bombshell leak has revealed that the High Court's conservative wing has drafted a majority opinion that will overturn Roe v. Wade.

While the potential overturning of Roe is huge, it's also unprecedented that the draft opinion was leaked while the Supreme Court case is still being decided to intimidate and instill fear in our conservative justices. The left wants mob rule.

We at Townhall and the conservatives on the Court won't back down. Now more than ever, we must defend the integrity of our sacred institutions and the lives of the unborn. Join us in this war as we fight for life and our Republic.

The radical left, which wants abortion up until birth, is apoplectic. Remember the summer riots of 2020? Expect these crazed leftists to do whatever they believe necessary to intimidate the Court, and don't expect the Biden administration to condemn any violence. But the mob may be the least of our worries, as Democrats in the Senate are calling for the destruction of the filibuster to codify abortion into law.

In the face of this evil, help us continue to tell the truth about the horrors of abortion and how the majority of the American people do not subscribe to the leftist death cult. In the face of this tyranny, help us protect our institutions and save America.

By becoming a Townhall VIP member, you’ll not only directly support the long war in fighting for the lives of the unborn, defeating leftism, and telling the truth, but you’ll also get exclusive columns from Katie Pavlich and Kurt Schlichter, plus Kurt's VIP members-only "Stream of Kurtiousness" video series and "Unredacted" podcast.

There are no ads—just pure conservative writing that will arm you with the truth and cut through the liberal media’s BS. Every penny is devoted to telling the truth liberals don't want you to know and ensuring the decimation of the left and saving America.