The Truth About the China Virus Wuhan Lab Leak

Townhall.com Staff
|
Posted: May 26, 2021 11:00 PM
Share   Tweet
The opinions expressed by columnists are their own and do not necessarily represent the views of Townhall.com. 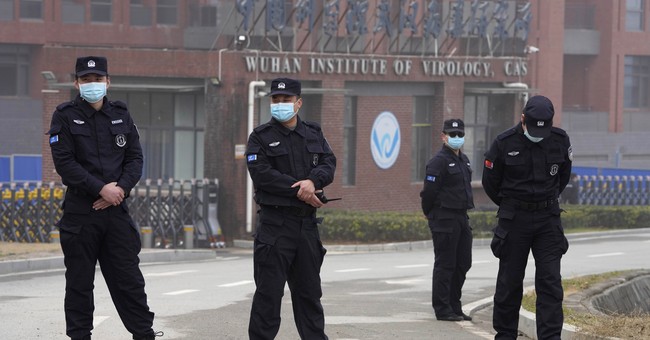 Throughout 2020, as the China virus spread across the globe, infecting millions and killing hundreds of thousands, Townhall reported on the latest information about COVID-19's spread, President Trump's plan to defeat it and his efforts to develop new treatments, and most importantly, reminded readers where the virus originated: Wuhan, China.

While Townhall reported on those questioning the lies coming from the Chinese communist government and the scientists at the Wuhan Institute of Virology about the coronavirus leaking from a lab, the left-wing media, Democrats, and Dr. Fauci bought into the Chinese Communist Party's propaganda and anyone asking questions about a potential lab leak was labeled a conspiracy theorist.

Now, the Left and the Democrat Media Complex are changing their tune, saying that the lab leak theory has some credibility, but we were reporting the facts and real news first:

April 16, 2020: "Tom Cotton: If Wuhan Coronavirus Escaped from a Lab, China Is Responsible for Every Death and Lost Job"

April 22, 2020: "Why the Liberal Media Refused to Believe That the Wuhan Coronavirus Came from a Chinese Lab"

September 12, 2020: "Chinese Scientist: I Have Proof Wuhan Coronavirus Was Made in a Lab"

The mainstream media actively worked to suppress the truth on behalf of the Chinese communist government.

This is why your support for our conservative journalism is so important. We bring you the truth while the mainstream media believes communist lies, and we cover the stories the left-wing media and Democrats don't want to touch.

By becoming a VIP member, not only will you support us telling the truth, you'll get exclusive reporting and analysis from Katie Pavlich, plus you’ll get access to the latest fact checks from Matt Vespa, must-read columns from Kurt Schlichter, Larry O’Connor, Spencer Brown, Derek Hunter, and more.

As one of the only news organizations taking on the radical Left and left-wing media, your support is needed now more than ever.

Join Townhall VIP today to get the real stories, fact checks, exclusive analysis, and so much more as a member of our community.

If you want to help us in this fight, we're offering a limited-time special of 25% off VIP membership. Use the promo code WUHAN.