A Simple Solution to the Islamic State Problem 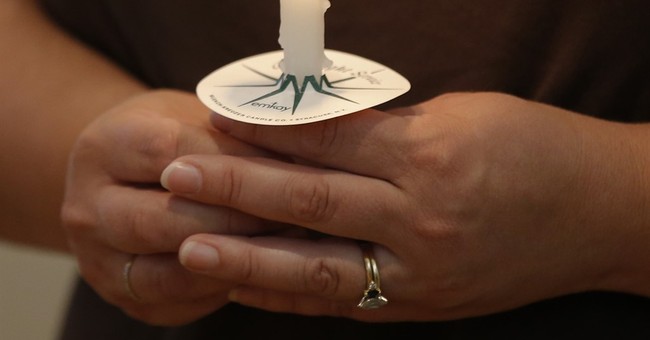 The fight against terrorism could literally go on forever if we let it. Just ask Ken Taylor, the former Canadian ambassador to Iran best known as the mastermind of the plot to exfiltrate American diplomats from Iran during the hostage crisis, as depicted in the movie "Argo."

"This is going to go on for generations," Taylor recently told the Calgary Herald. "The idea that we are going to eradicate ISIS? Forget it. It's not going to go away."

Excuse me? It had better go away. The West has better things to do than continue to pour resources into the fight against terrorism (both foreign and domestic) while other pressing matters slip under the waves. The fear generated by the terrorist threat is an endless distraction that is long overdue to be relegated to background noise.

The Islamic State has repeatedly called for its bandwagoners abroad to hit military targets. It happened last fall with the fatal attack on a soldier near Canadian Parliament by Michael Zehaf-Bibeau, who was killed by police. And although last week's killing of five military members in Chattanooga, Tennessee, by Kuwait-born U.S. citizen Mohammad Abdulazeez has not been linked to the Islamic State, that's nonetheless the direction in which the group seems to be guiding its followers.

The Islamic State doesn't have citizens, only ideological supporters. How convenient. This leads to international-law complications in the cases of Western citizens who carry out domestic attacks on behalf of a foreign entity, particularly when those attacks are aimed at military targets while sparing civilians.

Such cases throw the conventional systems for dealing with such attacks into disarray -- and the Islamic State leadership knows it. The solution is to derail the bandwagon itself. If you eliminate Team Islamic State from the playoffs, no one will want to buy the jersey.

International law allows for proportionate attacks on the military targets of an enemy country within the context of a legitimate military conflict. The Islamic State is attempting to exploit this provision. Some argue that because the West is attacking Islamic State territory in the Middle East, hitting Western military targets while minimizing civilian casualties is justifiable, according the laws of conventional warfare.

This thinking ignores the fact that war is an extension of diplomacy. You first must have a diplomatic mechanism in place to be able to extend into warfare when diplomacy fails. This is why the formal definition of a nation-state under international law includes a functional diplomacy as a necessity. The Islamic State doesn't meet the definition of a nation-state -- even though its leaders have aspirations to create a caliphate in the Middle East and have scribbled some symbols onto a flag that they could theoretically patch onto uniforms of their "soldiers."

In none of the Islamic State's jabbering about a caliphate have they ever expressed an interest in rational dialogue with other nations. Islamic State leaders have an immature, superficial view of nationhood that's well-suited to the social media that they love so much -- where you can be anything that you want to project, regardless of legitimacy.

Being a real grown-up "nation" means having a responsible adult who's in charge and can be held accountable. The Islamic State doesn't have any responsible adults by international diplomatic standards, and it doesn't seem to want any to ruin their party. Islamic State operatives want all the benefits of a nation without any of the responsibility.

But could the Islamic State be considered a proxy of an established nation -- a nation that, under international law, could be held responsible for any Islamic State aggression?

The Islamic State is getting foreign aid from somewhere. The West needs to connect the dots and trace the proxies or moneymen back to their nations so we can force them to be accountable for financing terrorism. Why are we so quick to do so with Russian businessmen over the conflict in Ukraine for far lesser offenses? So far, the sanctions against the Islamic State have targeted commanders. They're not the ones who have the deep pockets and are keeping the party going.

The Islamic State's operational viability suggests that there's a reluctance to impose accountability -- possibly because it would alienate strategic and economic allies. Too bad. A White House order now even sanctions foreign individuals responsible for cyberattacks, which are less easily attributable than terrorist financing.

Someone's kid is egging our garage door. He's getting the eggs or the money to buy them from someone. Find that "someone." Eradicating the Islamic State really is that straightforward. We just need leaders with the guts to do it.