Everyone Agrees: This Term Stinks 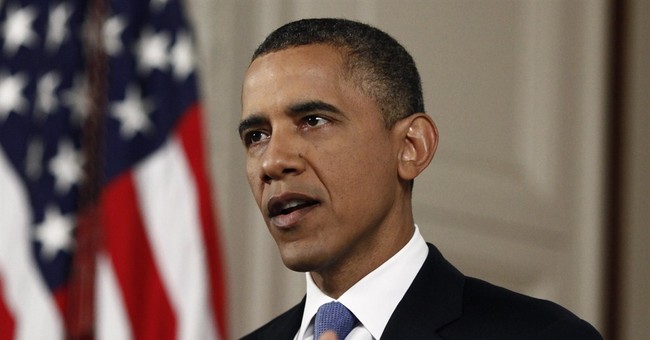 For conservatives, nothing prepared us for the horror and sadness of watching President Obama begin to dismantle the Republic in his first term. Out of control spending and business-killing regulations, culminating in the monstrosity of ObamaCare, polarized the nation.

But less than a year into his second term, Obama has become the "Great Uniter" Chris Matthews predicted. Now it's not just conservatives who think he's a disaster.

Americans will take a lot of crap. I mean, we accepted Star Wars Part One (which was worse, Annakin or Jar-Jar? Comments below.) We dealt with Kevin Federline's rapping. We even suspended disbelief when NBC told us Chelsea Clinton would develop into real journalist. We did those things together. These were happy times for America, really.

But not even liberals can put up with Obama's arrogance, or total disregard for America's ability to use their eyes. How else to explain the Obama State Department spokesperson Jen Psaki's insistence that Secretary John Kerry was not on his boat yacht one percenter recreational cruising vessel while the Egyptian military was staging a coup?

America - But Ms. Psaki! We have pictures of Secretary Kerry on his One Percenter Recreational Cruising Vessel!

Jen Psaki - Wasn't him. Wasn't there. You're a racist! Tin Foil hat! Grassy knoll! Next question.

Kerry's disinterest, and Psaki's attempt to cover it up, are merely the most recent manifestations of the Obama administration's lack of foreign policy principles, let alone a comprehensive plan. (When asked for comment on his lead diplomat's curious level of incuriousness about Egypt, Obama said, "Wait a minute. Let me just hit this shot. I'm so gonna birdie this bitch!")

Politico has come to the same conclusion, stating:

Establishment Democrats, never big fans of this president to begin with, are starting to speak out. And reporters are tripping over themselves to condemn lies, bullying and shadiness in the Obama administration.

Obama's biggest cheerleader paid political operative, MSNBC, has had its worst ratings in years. You'd think the whole channel was nothing but hour after hour of Piers Morgan interviewing Piers Morgan! The lies are so clear, and the people so upset about being duped, that they can't bear to be told one more lie. Because, no matter what they hear, they know they're being lied to.

Post-racial President? Lie. Transparent President? Lie. Smartest President Ever? Lie. We will be respected around the world? Lie. Nobel Peace Prize for what he might do? Lie. Obamacare will reduce costs? Lie.

On Obamacare, Obama and Co. have admitted through their actions that it doesn't work. The mandate for employers has been pushed to 2015. And those who qualify for state-run exchanges no longer have to prove eligibility. As Michael Walsh put it, "“Stated income” may be no good in the mortgage market any more after it crashed the system, but apparently it’s good enough for the Obama bureaucracy, whose faith in the honesty of the mendicant citizenry is touching if historically misplaced."

For years the Right has said that the Obama Administration was thuggish, was hell bent on revenge, and was vindictive.

The IRS scandal was perhaps the tipping point. At first, The Left tried claimed that not just conservative and tea party groups, but progressives as well had been targeted. But, as the Inspector General's report showed, that was not the case. Obama's minions attacked Americans who disagreed with him. The Left knows they voted for hate.

Obama is not the man (messiah) they thought he was. The Left was blinded by his skin color and duped by mainstream media.

Lets not let them ever forget it.