The IRS Is The Internal Retaliation Service 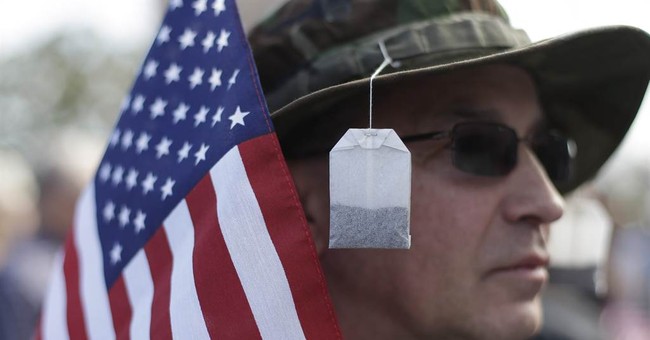 The only way I know we still live in a relatively free nation is that, at times, the truth does come out. The IRS announced that, yes, it did give extra scrutiny to tax returns that included the name "tea party" or "patriot" as part of their exempt applications. Too bad for Boston that the names Tamerlan and Dzhokhar weren't on that IRS watch list.

IRS agents singled out dozens of organizations for additional reviews because they included the words "tea party" or "patriot" in their exemption applications, said Lois Lerner, who heads the IRS division that oversees tax-exempt groups. In some cases, groups were asked for lists of donors, which violates IRS policy in most cases, she said.

The Tea Party has been an American institution since 2009, emerging as a response to years of massive government expansion and unyielding waste. A amalgamation of autonomous grassroots groups, the Tea Party advocates for basic principles of Constitutionalism, open markets, fiscal responsibility and shrinking the bloated federal government. Of course, the administration and the mainstream media hate the Tea Party and do everything they can to vilify, demonize and systematically destroy it.

Many have raised the warning flags on this government intimidation. Radio host Mark Levin's Landmark Legal Foundation first moved on this subject in March, 2012. LLF demanded an investigation into the "Exempt Organization" (EO) division. Levin wrote:

“Recent media reports indicate that the EO Division is using inappropriate and intimidating investigation tactics in the administration of applications for exempt status submitted by organizations associated with the Tea Party movement,”

It's not the first time the IRS has engaged in these types of attacks. The Jewish Press reported that pro-Israel group Z Street sued the IRS in 2010, claiming it was unfairly targeted, and its tax exempt status request received that same "extra scrutiny." The IRS informed them there would be, "...a special unit in the D.C. office to determine whether the organization’s activities contradict the Administration’s public policies."

We call it what it is. Retaliation.

The IRS, in the tradition of former Treasury Secretary Timothy Geithner and current Congressional rapscallion Rep. Charlie Rangel (D-NY), issued an apology on behalf of the entire department, expecting that would make the issue go away:

"That was absolutely incorrect, it was insensitive and it was inappropriate. That's not how we go about selecting cases for further review," Lerner said at a conference sponsored by the American Bar Association.

"The IRS would like to apologize for that," she added.

Apologies won't do. Only firings, denied pensions and/or jail time will suffice. Those individuals responsible for these travesties cannot be allowed to hide behind a department-wide apology. They must be exposed and held personally accountable. Any elected official who finds this types of selective enforcement schemes acceptable should be voted out of office. And a media personality who does so cannot be trusted. Ever.