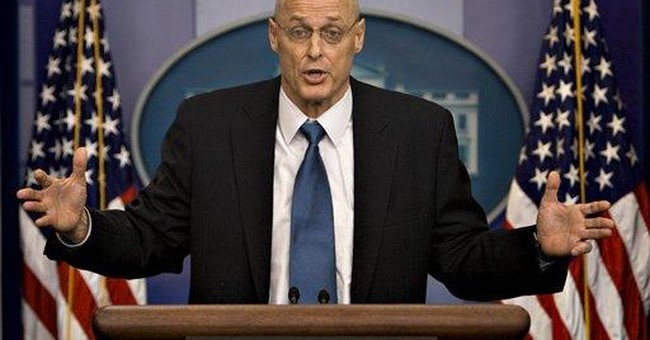 As of this Monday, United States Federal Reserve and Treasury Department policies have entered presidential political debate. While, as a rule, I am in favor of candidates for high office discussing policy, I am inclined to want to make an exception for these arcane, yet vital policy zones. None of the four candidates knows much about Federal Reserve policies, and even their advisers may not be among the very few experts in this area.

But worst of all, the ambiguities and subtleties of such delicate financial crisis-management decision making are singularly unable to be comprehended by slogans and phrases.

And yet both the Obama and McCain campaigns jumped out of the box Monday with the assertions that they don't want a taxpayer-funded bailout, and they both called for comprehensive and tighter new financial regulations. I think I rather would have the candidates lying about each other's character flaws than discuss Fed policy in public. I certainly don't claim expertise, but let me point out a little bit of the history of the confusion.

Let's go back for a moment to the alleged historic mother lode of hard-learned Fed policy wisdom: the stock market crash of 1929 and the following Great Depression. Initially, in late 1929 and early 1930, the Federal Reserve did make major purchases of securities and cut the interest rate from 6 percent to 4 percent.

But by not bailing out banks in the three great runs on banks, in late 1930, spring 1931 and March 1933 (resulting in 10,000 banks going out of business), Treasury Secretary Andrew Mellon's famous (though not strictly followed) advise -- "liquidate labor, liquidate stocks, liquidate real estate" -- became the prime example in history of what not to do during a financial panic.

And indeed, the lesson learned from those events has been that the Fed should make sure banks have enough reserves to cover deposits. Quick and sustained intervention has been the rule.

But if one listens carefully to the public comments of the past few months, one hears praise for at least the echo of allegedly coldhearted Andrew Mellon. As Treasury Secretary Hank Paulson said just this Monday, "Moral hazard is something I don't take lightly." This currently very popular proposition correctly observes that in free markets, investors who take undue risk must pay -- and be seen to pay -- the price for such improvidence. This proposition is undergirded by the famous maxim of Joseph Schumpeter that failure in the marketplace is part of the creative destruction of capitalism.

Or, as old Andrew Mellon said along with his liquidation trilogy, "Values will be adjusted, and enterprising people will pick up the wreck from less competent people."

So when do we let economic nature take its healthy course, and when do we intervene with taxpayer dollars to bail out large failing institutions? This week, poor old Lehman Brothers was being cheered into bankruptcy by an unholy troika of commentators, experts and presidential candidates -- as an example, "Pour encourager les autres." (The full quote from Voltaire -- in translation -- is, "In England, it is good, from time to time, to kill an admiral to encourage the others.")

But only last week, not only both candidates for president but also even such a free market man as Larry Kudlow called the taxpayer backing of Freddie Mac and Fannie Mae "a necessary action (to stop) a global money meltdown." But, he continued, "It raised the stakes for taxpayers once more." And Kudlow -- whom I both admire and consider a friend -- also backed the bailout of Bear Stearns in order to safeguard "the banking system and the whole global financial structure."

So slogans such as no more taxpayer bailouts are meaningless verbiage (although what is said in presidential campaigns sometimes -- if we are not careful -- actually can become government policy the following year).

In fact, it is always a matter of nice judgment whether the system needs protection or whether it can withstand the tough, but fair workings of the marketplace. This week, the consensus judgment was that Lehman fell into the latter category. Time will tell because the markets and the public mentally had to absorb not only the Lehman bankruptcy but also the Merrill Lynch purchase by Bank of America and the possible fatal illiquidity of AIG -- the insurance giant. The first reaction was a 504-point drop.

As I write, Tuesday markets are not closed yet. But it may be months before we know whether it was wise or foolish to "protect the taxpayers" last weekend.

But here is the kicker. About a year ago, the Fed held about $800 billion in securities to use to finance bailouts and for other purposes. As of this week, they are down to about $475 billion in assets. If things get worse and persist, they may not have enough securities to act in the future.