Tom Purcell
|
Posted: Jan 04, 2017 12:01 AM
Share   Tweet
The opinions expressed by columnists are their own and do not necessarily represent the views of Townhall.com. 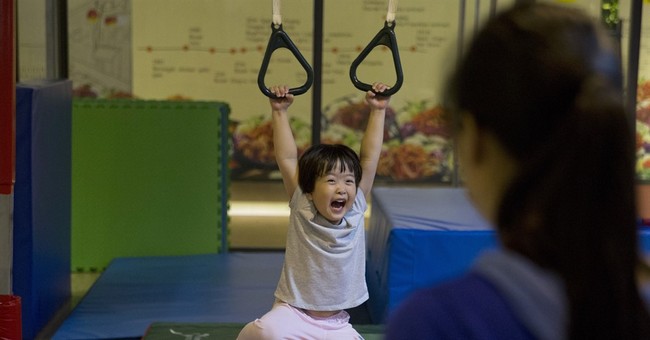 "Can you believe some jerk told me it was rude to talk on my cellphone inside the movie theater?"

"Well, sir, he did have a point. In the era of cellphones and social media, too many people are so consumed with their own needs, they're trampling civil society."

"Look, there have been times in human history when barbarians ruled and manners didn't. But what really ruled during these periods were selfishness and impulsiveness."

"You're going to have to explain."

"Did you know the word 'etiquette' originated under Henry XIV in the 1600s? Proper etiquette and manners define what social behavior is and isn't proper."

"I ain't following rules of behavior drafted up by snooty old French people."

"Then perhaps I can reference someone nearer and dearer to your heart: As a teenager, George Washington hand-copied 'The 'Rules of Civility,' a list started by French Jesuits in the 1590s that was translated into English around 1640."

"His mother probably put him up to it."

"The fact of the matter is that America has been more mannerly in the past than it is now. Until the 1960s, children were taught good manners in school. Adults defined themselves as ladies or gentlemen based on how well they practiced good etiquette ---- how considerate they were of their fellow human beings."

"Hey, my old lady grew up in that era and she don't know nothing about etiquette. We went to the ballet once and she forgot the sandwiches."

"But today, sir, civility is coming unraveled at the seams. People are rude, impatient and inconsiderate. Some say the lack of civility is caused by our fast-paced society. Others suggest that new technology is making it easier to be rude."

"But I say it's also because we're living more isolated lives. We're getting more wrapped up in ourselves. And that is bad for our society."

"Who are you, Miss Manners?"

"To be honest, sir, Miss Manners speaks good sense. She, Judith Martin, says that manners and etiquette are the philosophical basis of civilization. She says that people must have a common language of behavior that restrains their impulses. This is how we prevent our communal lives from being abrasive, unpleasant, and even explosive."

"Martin says that our legal system was originally intended to punish serious conflict involving the loss of life, limb or property, but now courts are forced to handle disputes that the proper use of etiquette used to prevent."

"It's really not so complicated, sir. A civil society is one in which people are concerned for their fellow man. Manners and etiquette are a conscious way of exercising this concern."

"Look, we need to remember to say 'please' and 'thank you.' We need to open the door for strangers. We should turn off the cellphones at the movies and inside restaurants. At dinner, we shouldn't eat until the host does, we should never put our elbows on the table, and we should dab our mouths with the napkin, never wipe."

"I see we have our work cut out for us."