The Only Move to Make if Trump Wins

Tom Purcell
|
Posted: Mar 28, 2016 12:34 PM
Share   Tweet
The opinions expressed by columnists are their own and do not necessarily represent the views of Townhall.com. 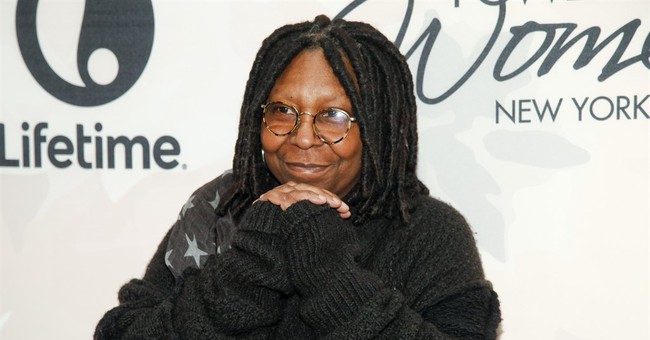 It's become a cottage industry since Donald Trump started winning Republican primaries: If he wins the presidency, one in four Americans would consider moving to another country, according to a recent Morning Consult/Vox poll.

Google searches for "How can I move to Canada" spiked in the beginning of March after Trump had a series of primary wins.

A tiny island in County Mayo, Ireland, with 58 inhabitants is letting Americans know they are welcome there if "the unimaginable" happens.

CBS News reports that a radio host on Cape Breton Island, a small island in Nova Scotia, is encouraging disaffected Americans to move to the declining region. Apparently, they'll take any warm body they can get.

Several news articles offer recommendations on the top countries to move to, and provide links to the necessary forms, if Trump makes it into the White House.

According to Mashable, Svalbard, a territory of Norway, requires no visa or resident permit, but transplants are not eligible for "free" social services and they "must be able to protect themselves from polar bears."

That's a good one. I haven't met many progressive American males who could protect themselves.

According to The Independent, some progressive celebrities are threatening to leave, too.

Whoopi Goldberg said of a Trump victory, "I don't think that's America. I don't want that to be America. Maybe it's time for me to move, you know."

And, Cher, a great actress and singer, said she'd move to Jupiter, and I believe her. I think she's been going there to get some of her nutty outfits.

The always classy Miley Cyrus shared her thoughts in "a tearful Instagram post." I replaced her cuss words with the word BLANK: "God, he thinks he is the BLANKING chosen one or some BLANK. Honestly BLANK this BLANK. I am moving if this is my president!"

But I don't know what people are so worried about.

Hey, Donald Trump was never my choice to be the Republican nominee.

I don't know how, in a country as big as ours - with so many capable people - that the ones running, in both parties, have been such an incredible let down.

But let's say Trump keeps defying the odds and becomes president. Are you really so fragile a human being that this would cause you to give up on your country - a country that was designed, unlike most every country in the history of mankind, to be run by the people and not by the elected leaders?

If you don't like who the president is - I have seven years of experience of that - involve yourself in our free country's political process to help elect a president who is more to your liking.

Of course, that would require educating yourself about the issues and the candidates. It might involve writing letters to the editor, helping local candidates canvas neighborhoods or sending out mailers, or even participating in civil conversations with friends and neighbors to articulate your political point of view and try to understand theirs.

It certainly requires you to vote.

In my opinion, doing such things in our country is much more than just a privilege; it is a civic duty. It is also something that requires thinking and effort - something that whining does not.

In any event, after eight years of President Obama - eight years of runaway regulations and a significant increase in my health care costs - the last thing I want is President Hillary Clinton to carry on Obama's policies.

If she wins, I won't move to Ireland, but I will spend two solid days soaking in the Irish culture - one shot of Irish whiskey after another.