For Father's Day: Why Dads Are Essential to Kids 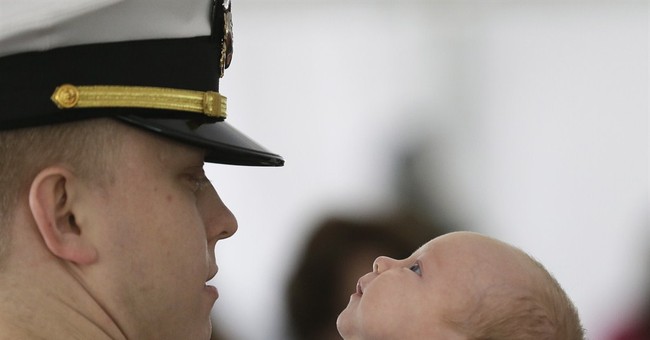 Editor Note: This is an excerpt from Tom Purcell's new book, "Comical Sense: A Lone Humorist Takes on a World Gone Nutty!"

Get this: Dads are essential to kids.

This information comes as no shock to most men. We know that boys are prone to stupidity and that the creature best suited to taming them is the like-minded fellow called dad.

When I was five, my father told me to stop jumping around the tub, but I did so anyway. I slipped and hit my head on a ceramic soap dish. It busted into a dozen pieces. My father responded to my stupidity the way he often did.

I pretended to be hurt, but he knew I was fine. He knew a noggin as hard as mine could have busted a dozen soap dishes without so much as a bruise. Breaking things was one of my talents.

Over the years, I clogged a toilet with an apple core, shattered a picture window with a baseball and hit a golf ball through a neighbor's window (I fled, was later apprehended, and had to mow a lot of lawns to pay my father back for the cost of a new window).

I made it hard for my father to fix the things I broke though. This is because I lost many of his tools over the years. I was permitted to use them to build shacks and go-carts, so long as I put them back where they belonged.

But I didn't always put them back. He'd usually find them lying in the yard — after hitting them with the lawnmower blade — which prompted a familiar reaction.

When I was a teen, I destroyed more expensive items, such as automobiles. My father made the mistake of purchasing a 1979 Ford Pinto with a powerful six-cylinder motor — it could burn rubber at will.

When he discovered that a right-rear tire only six weeks old was worn to the threads, he had but one response.

He knew that most any boy is only one or two knuckle-headed decisions away from heading off in a dangerous direction. His job was to keep me in line, a task that was often unpleasant for him.

In high school, I began making a lot of money running a stone-masonry business, and I announced I was going to buy my own car. But the unenlightened old man made me do something stupid with the money: save it for college. I was furious and fought him hard, but he wouldn't relent.

The friction my father caused me, I now know, was also the basis for my respect for him. A father gives a boy someone to look up to and model himself after. And all that friction over the years polishes an average lump of coal into a diamond.

I'm glad people are doing studies that confirm what a lot of folks have always known about fathers. When boys don't have committed fathers to agitate — and when caring fathers aren't around to inflict unpleasantness on their sons — the result is too often tragic.

When dads are around, things usually work out in the end. My dad had the satisfaction of seeing me turn out all right. A few years after I graduated from college and bought my first nice car, I let him take a drive. He revved the motor, dropped the transmission into gear, then burned rubber all the way up the road.

I had but one thing to say to that.