Todd Starnes
|
Posted: Jun 24, 2019 9:20 AM
Share   Tweet
The opinions expressed by columnists are their own and do not necessarily represent the views of Townhall.com. 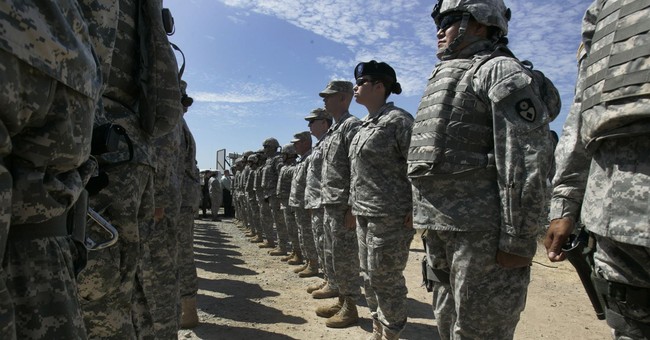 A National Guard facility in Pennsylvania refused to allow a Trail Life USA scouting troop to tour their facility and the reason why is going to blow your mind.

I write about these attacks on Christians in my upcoming book, “Culture Jihad: How to Stop the Left From Killing a Nation.”

The Fort Indiantown Gap National Guard facility regularly hosts tours for Boy Scout troops and other organizations, but Trail Life boys were told they could not participate because they belonged to a Christian scouting organization.

The National Guard tells me they had concerns about whether the Christian group was supportive of the LGBT community.

“After researching the organization online, it was quickly discovered that the organization restricted membership to certain persons,” the National Guard told me. “Army values and policy prevent discrimination against gender or sexual orientation within our ranks, which in turn led to the first-level reviewer denying the request.”

So the National Guard launched an investigation to determine whether a bunch of Christian teenagers were gay friendly? I wasn’t aware that was a prerequisite for taking a tour of a military facility paid for by the tax dollars of Christian citizens (among others).

John Stemberger, the chair of the board at Trail Life USA, blasted the National Guard’s explanation.

“Requiring a Christian code of conduct does not equal improper discrimination,” he told the Todd Starnes Radio Show. “Christian churches and organizations have never allowed their own members to promote views that are opposed to the clear teachings and values of the Bible.”

“It was not until after receiving the letter from the group’s attorneys that the issue was raised to the appropriate level for a legal and full staff review,” the National Guard said. “There, it was determined that granting a tour to the organization would not violate policy and should be permitted. The decision has been reversed and the tour is being granted.”

The idea that Christian boys would be banned strictly because of their religious beliefs is not only ludicrous, but it’s also illegal.

“The bottom line is that the original decision was still discrimination against these boys and their families because of their religion,” Stemberger told me. “That is simply un-American, un-Constitutional, and just morally wrong.”

Let’s hope the National Guard has learned its lesson and will never again discriminate against Christian citizens.