Todd Starnes
|
Posted: Oct 12, 2016 11:35 AM
Share   Tweet
The opinions expressed by columnists are their own and do not necessarily represent the views of Townhall.com. 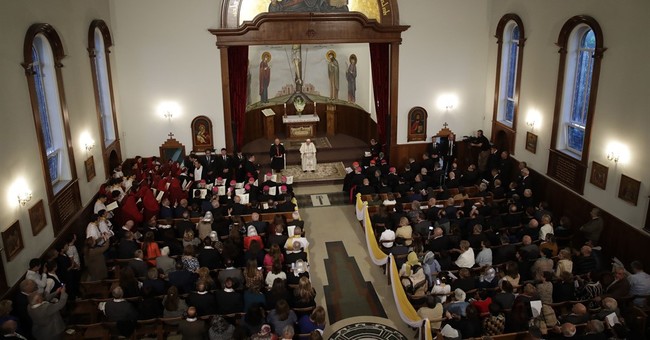 Some of Hillary Clinton’s top campaign staff appears to hold a deep reservoir of contempt for Catholics and Evangelical Americans, according to the latest batch of WikiLeaks emails.

The new revelations came from a 2011 email exchange between Campaign Chairman John Podesta, Communications Director Jennifer Palmiere and John Halpin from the Center for American Progress.

The emails portrayed Conservative Catholicism as a “bastardization of the faith” and seemed to imply that Evangelicals are a bunch of impoverished country bumpkins.