Todd Starnes
|
Posted: Sep 13, 2016 1:35 PM
Share   Tweet
The opinions expressed by columnists are their own and do not necessarily represent the views of Townhall.com. 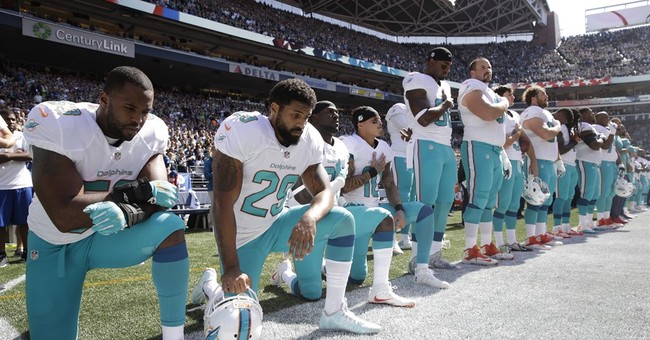 The Diocese of Camden, New Jersey has a message for high school football players: either respect the National Anthem or be prepared to ride the bench.

Any player or coach for high school sports teams in the diocese who does not “demonstrate appropriate respect” during the Star-Spangled Banner will be subject to a two-game suspension, Philly.com reports.

The Catholics are doing what the National Football League refuses to do.

“Our schools are founded on the teaching of respect and honor; respect and honor for God, country and duly appointed authority,” Supt. Mary Boyle wrote to Catholic high schools in the diocese. “The best approach is helping our young people understand that blood was sacrificed so that we all can enjoy the gifts of our faith and our country.”

Players, coaches and administrators are expected to show respect during prayer, pledges and the playing of the national anthem, she declared.