The 'Pigs in a Blanket' Crowd Got What They Wanted

Todd Starnes
|
Posted: Jul 08, 2016 3:17 PM
Share   Tweet
The opinions expressed by columnists are their own and do not necessarily represent the views of Townhall.com. 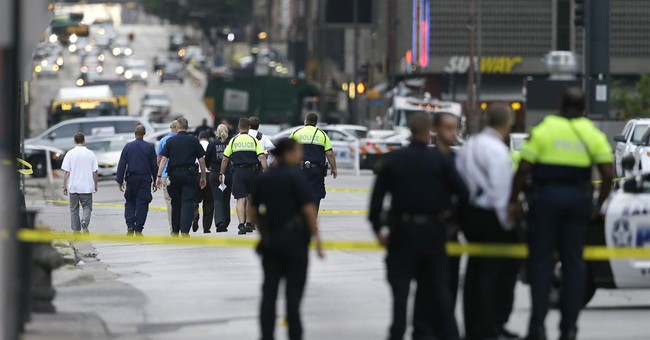 If you are prone to microaggressions you might want to stop reading and evacuate to your safe space -- because what I'm about to write is politically incorrect.

Back home in the Deep South, we used to sing a song in Sunday school – “Red and yellow black and white - they are precious in His sight. Jesus loves the little children of the world."

We are all God's children no matter what color our skin might be.

I thought about that song as Dallas Police Chief David Brown delivered the stunning news about the sniper who went on a killing spree Thursday night.

To be clear – we do not know the suspect’s affiliations or allegiance, nor do we know anything about other suspects.

But we do know this – the sniper was hunting for people on Thursday night – white people.