Give husband who beat would-be rapist a medal, not charges

Todd Starnes
|
Posted: Jun 01, 2016 4:45 PM
Share   Tweet
The opinions expressed by columnists are their own and do not necessarily represent the views of Townhall.com. 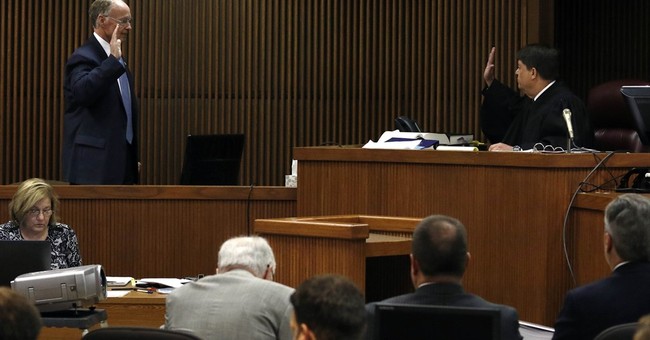 A New York City man could be facing a manslaughter charge for defending his wife against a would-be rapist.

Mamadou Diallo received a frantic call from his wife.

A man identified as Earl Nash forced his way into the Diallos' apartment, according to the brave husband. The intruder took off his pants and attacked Mrs. Diallo, tearing off her clothes and telling her she was about to be raped, according to reports.

Mr. Diallo told police he found his naked wife in the hallway -- and saw that Mr. Nash was trying to escape.

So he grabbed a tire iron and made sure that Mr. Nash would never harm another woman again. Authorities say Nash died from severe head and body trauma.

Police tell the New York Daily News the would-be rapist had 19 prior arrests -- 19.

In 2003 he pleaded guilty to stabbing, beating and sexually abusing a 17 year old girl.

But instead of thanking Mr. Diallo for taking a predator off the streets - the police put him in handcuffs.

He's now charged with assault - and could face a manslaughter rap.

A cheering crowd of friends and neighbors gathered outside Bronx Criminal Court after a judge freed him on his own recognizance.

Neighbors are calling Mr. Diallo a good man - an upstanding citizen - who did what any husband would do.

I hope the district attorney comes to his senses and drops all the charges. This man did the community a public service.