It's Open Season on People of Faith in Georgia

Todd Starnes
|
Posted: Mar 28, 2016 5:15 PM
Share   Tweet
The opinions expressed by columnists are their own and do not necessarily represent the views of Townhall.com. 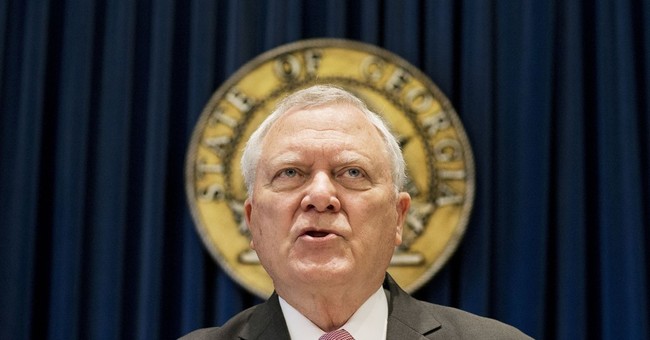 Georgia’s Republican governor stunned the state’s religious community Monday by vetoing legislation that would have protected preachers who refuse to perform LGBT marriages.

“It’s open season on people of faith in our state,” said State Sen. Josh McKoon, the author of the 2014 Religious Freedom Restoration Act. “It’s a slap in the face to conservatives, to evangelicals and to the broader faith community,” he told me.

Gov. Nathan Deal vetoed the bill under tremendous pressure from major corporations who threatened to take their business out of the state should he side with Georgia’s religious community.

“Our actions on HB 757 are not just about protecting the faith-based community or providing a business-friendly climate for job growth in Georgia,” he said. ‘This is about the character of our state and the character of its people.”

Deal took religious leaders to task for questioning his moral convictions and his personal character. Nor did he take kindly to business leaders who threatened to leave Georgia.