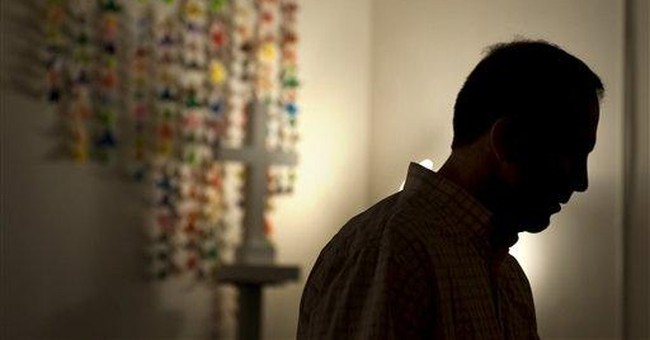 Do Christian colleges have the right to require that ROTC officers be followers of the Christian faith?

That’s the crux of a controversy surrounding the ROTC program at Wheaton College, one of the nation’s most prominent Christian schools.

The U.S. Army says they have launched a review of ROTC policies nationwide after the Military Religious Freedom Foundation raised concerns about an ROTC assignment listing for an assistant professor of military science at Wheaton.

The MRFF noted that the person hired “must be of Christian faith.”

Weinstein called Wheaton’s policy a blatant violation of the Constitution’s “no religious test” clause and demanded those involved be punished.

“Given the magnitude of these breaches at Wheaton, any and all Army personnel found to be either directly or indirectly complicit in these egregious violations of constitutional and regulatory law must be swiftly, visibly and meaningfully punished,” Weinstein wrote in a letter to the Pentagon.

Wheaton said it’s been their preference from the beginning to have an officer who matches the religious identity of the school.

“We have historically required that the lead professor of military science meet the same basic religious standards as the rest of our faculty, as this person is fully a member of our faculty and serves as the interface of the ROTC program with the rest of the Wheaton College academic program,” Wheaton spokesperson LaTonya Taylor told me.

Other ROTC instructors are not required to meet the same standard, she said. However, they are expected to understand and respect Wheaton’s religious mission.

That sounds fairly reasonable to me. A Christian college wants to hire Christian leaders. Who could possibly take offense at that – besides Mr. Weinstein?

Weinstein fired off a letter to the Pentagon on Nov. 6th demanding an investigation. On Nov. 10 the Army confirmed they had launched a probe.

“The Army is conducting a holistic review of the ROTC agreements and policies in effect to ensure compliance with Army regulations and policies,” spokesperson LTC Alayne Conway told me in a written statement.

Conway said the investigation would not be limited to Wheaton College and would address whether other schools like Wheaton could also require that ROTC leadership adhere to specific religious faith.

The Army denied the investigation had anything to do with Weinstein’s threats. It was coincidental, I’m sure.

Wheaton spokesperson Taylor said the school will cooperate with the Army review.

“We fully support the Army conducting whatever investigations it needs to ensure the appropriateness of the training received by ROTC cadets, and we do so with gratitude that any such examination will take place in the context of the US constitutional standards guaranteeing the free exercise of religion and preventing governmental establishment of religion,” Taylor said.

The ROTC program at Wheaton College has a long and storied history that is steeped in the school’s Christian tradition.

The Rolling Thunder Battalion was established in 1952. The college required all freshmen and sophomore male students to participate in ROTC until 1969.

“There is a call today for a Joshua, a Gideon, a David, as well as for an Elijah and a Paul. ROTC at Wheaton is the answer,” former Wheaton president V. Raymond Edman once declared.

A posting on the ROTC’s website points out their faith-based mission: “We expect to win, train to win, and compete to win. Ultimately, however, we seek to honor and glorify God in everything we do – how we train, treat each other, interact with other competitors, and compete – and this is our ultimate goal.”

Wheaton Provost Stanton Jones said he believes the school is on solid constitutional ground.
“The constitutional requirement for no establishment does not mean we are all non-religious,” he told me. “It means the U.S. government supports a multiplicity of religions.”

And for the record, Wheaton is not trying to convert the military to Christianity.

Rather, they are trying to “prepare Christians to engage in that pluralistic context where they can serve our country well – by our country’s own standards.”

“Religious faith, evangelical faith is very much alive and at the center of how Wheaton College is defined,” Jones told me. “Wheaton students come here because of the religious distinctive of the school. We feel that the resonance of the lead military officer with that religious identity helps that person bridge the gap with the students.”

Should the Army consider changing its policy, Jones said they would give it due consideration.
“We feel very thankful to live in a country that is broadly supportive of religious liberty,” he said.

“For us, the meaning of religious liberty is not that the public square is stripped of all religion, but rather it is a place where multiple religions are respected and where people of differing faiths can have reasoned conversations with civility and in peace about these things.”

I’m not sure what the take away here is, folks. But one thing is clear – whenever Mikey Weinstein gets offended – the Obama Pentagon takes action.