Justin Bieber Needs to Put on Some Man Pants 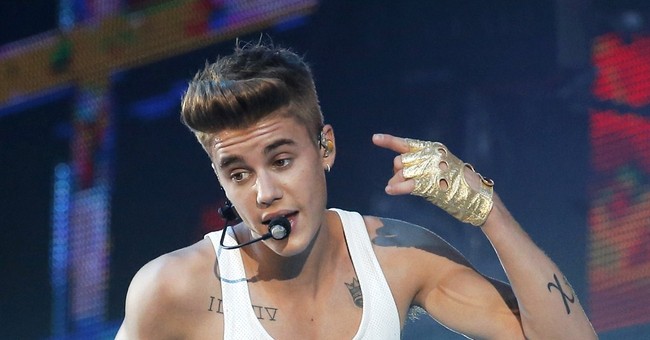 The teenage pop star was arrested in Miami Beach. The charges are staggering – drag-racing, driving under the influence, and resisting arrest. Police said Bieber was caught speeding down a residential street in a yellow Lamborghini.

The police report indicated the 19-year-old bombarded the arresting officer with a flurry of F-bombs. He repeatedly refused to take his hands out of his pockets and demanded to know why he was being arrested.

Ironically, that’s the same question many people have been asking of Bieber. What are you doing?

I suspect many of his fans and their parents are wondering -- what happened to the clean-cut crooner with epic hair who quoted Bible verses and professed to be a wholesome churchgoer?

And kudos to the arresting officer for his professionalism in the middle of Bieber’s profanity-laced meltdown. That boy’s mouth was writing checks his body couldn’t cash. Bieber is quite fortunate to still have all of his teeth.

Bieber’s downward spiral has been well-documented by the Hollywood press, from urinating in public to cavorting with strippers. He’s under a felony investigation over allegations he egged his neighbor’s house.

His posse is a motley crew of assorted ruffians and scoundrels who’ve had countless brushes with the law. Bieber’s cohorts are proof that if you hang out with turkeys, you’re going to get roasted.

Hollywood is littered with the tarnished reputations of child stars gone bad. Bieber is not the first, nor is he the last to succumb to Tinseltown’s bright lights and temptations. The road to perdition is paved with seductive twists and turns. Hopefully, this young man’s family will intervene before he discovers that the road he’s traveling leads to a dead end.

It’s time for the Biebs to drop the droopy drawers and put on some man pants.

The Good Book tells us that when we were children, we spoke and thought and reasoned as children. But when we grew up, we put away childish things.

By the world’s standards, Bieber seems to have it all – fame and fortune. But today, the 19-year-old star sat behind bars.