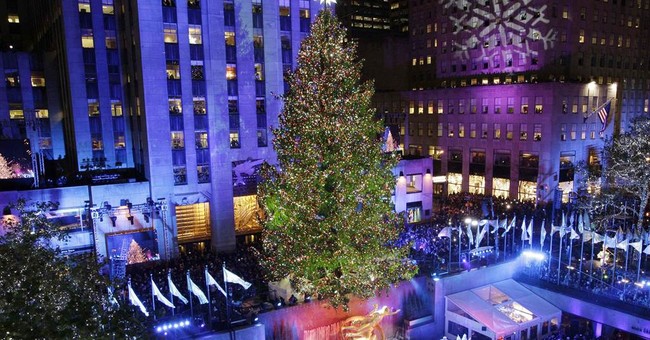 A South Carolina charter school has canceled its annual Christmas toy drive after a group of self-described humanists complained that the project violated the U.S. Constitution and accused them of bribing children to convert to Christianity.

“We received a letter saying we had to cease and desist immediately or they would take legal action against us,” Mathews told me.

"This letter serves as notice to policymaking school officials of the East Point Academy’s
unconstitutional conduct and as a demand that the school terminate all promotion, sponsorship, endorsement or affiliation with Operation Christmas Child immediately,” read the letter from the American Humanist Association.

Mathews said their small school had no choice.

“We have a very small budget and very small legal budget. We felt that we could not risk using our school funding for classrooms and teachers to fight a court case.”

The small charter school had been participating in Operation Christmas Child for the past two years without any controversy. The program is associated with Samaritan’s Purse, an international Christian relief and evangelism organization.

For the past several weeks, students had been working with their parents to decorate shoe boxes and fill them with toys. They were supposed to deliver the boxes to the school Friday morning.

Even though Operation Christmas Child is connected to an evangelical Christian ministry, Mathews said there were no religious materials included in the boxes. She also pointed out the project was voluntary, non-religious, and not tied to any graded assignments.

Nevertheless, the American Humanist Association decided to intervene on behalf of a perturbed parent.

“The boxes of toys are essentially a bribe, expressly used to pressure desperately poor children living in developing countries to convert to Christianity, and are delivered with prayers, sermons, evangelical tracts and pressure to convert,” read a letter the AHA sent to Mathews.

The AHA said a public school cannot affiliate itself with a group like Operation Christmas Child without violating the Establishment Clause.

“Because the purpose and effect of Operation Christmas Child is to induce impoverished children to convert to Christianity, the school’s promotion of this program violates the Constitution,” read a letter the AHA sent to Mathews.

Kelly Wells, a spokesperson for the ministry, said they don’t hide the religious aspect of the project.

“We are a project that aims to celebrate the true meaning of Christmas -- the birth of Jesus,” Wells said in a statement. “Our purpose is to show God’s love in a tangible way to needy children around the world.”

“It is a clear constitutional violation for administrators of a public school to push students to participate in a proselytizing religious program,” attorney Monica Miller said. “Students at East Point Academy should not be used like this.”

Mathews said the entire school was invited to fill shoe boxes -- from boys and girls in pre-kindergarten through fourth grade. Since many of the boxes had already been completed, she suggested to parents they donate the gifts to charity.

“Parents are understanding,” she said. “There are some parents who are disappointed. They enjoyed doing the project in the past but they understood and they were sympathetic to the school’s position.”

The school also had to inform boys and girls that their good deeds would not be allowed because of a bunch of intolerant non-believers.

“We let them know that because of things beyond our control, we’re not going to be able to do the shoe box collection,” Mathews said.

So, thanks to a bunch of godless, heartless "humanist" bullies, dozens of poor children will wake up on Christmas morning without a single toy.

How inhumane of the humanists.