Air Force Cracking Down on Christians 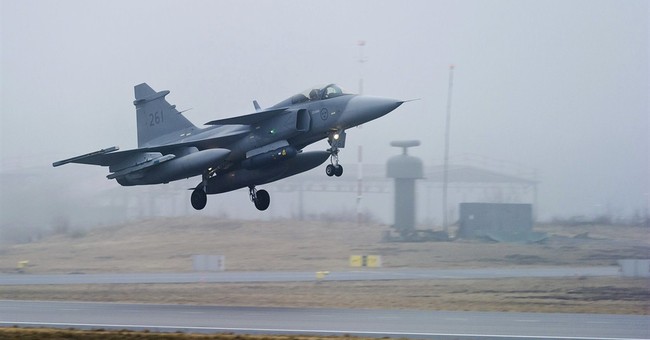 A 19-year Air Force veteran who was relieved of his duties because he disagreed with his openly gay commander over gay marriage is now facing a formal investigation after he told me his story.

Senior Master Sgt. Phillip Monk found himself at odds with his Lackland Air Force Base commander after he objected to her plans to severely punish an instructor who had expressed religious objections to homosexuality. During the conversation, his commander ordered him to share his personal views on homosexuality.

“I was relieved of my position because I don’t agree with my commander’s position on gay marriage,” he told me. “We’ve been told that if you publicly say that homosexuality is wrong, you are in violation of Air Force policy.”

In one of her first meetings with Monk, the commander expressed concern about the chaplain who would deliver the benediction at her promotion ceremony.

“She said she wanted a chaplain but objected to one particular chaplain that she called a bigot because he preached that homosexuality is a sin,” Monk said.

After he was relieved of his duties, the Liberty Institute filed a religious discrimination complaint on his behalf.

Last week, Monk was supposed to meet with an Air Force investigator tasked with gathering facts about the complaint. But when he arrived, Monk was immediately read his Miranda Rights and accused of providing false statements in a conversation Monk had with me.

“I immediately got the sense that this was retaliation against me for coming forward with my religious discrimination complaint,” he said.

The accusations against Monk are a court-martial offense in the Air Force – and it’s quite possible that the 19-year veteran with a spotless record could be booted out of the military because of his Christian beliefs.

And he’s not the only Christian at Lackland Air Force Base facing persecution for opposing gay marriage, according to Monk’s pastor.

Steve Branson is the pastor of Village Parkway Baptist Church, about five miles from the Air Force base. He tells me that as many as a half dozen of his church members are currently facing persecution on the base for their religious beliefs.

“Sgt. Monk is just the tip of the iceberg,” the pastor tells me. “Anyone who doesn’t hold to the right view on homosexuality is having a very difficult time.”

Branson said one colonel is not even allowed to voice an opinion on the matter over fears it might cost him his job. Another airman has been brought up on charges eight times.

Christians are under attack, the pastor warned – and Lackland Air Force Base seems to be ground zero.

“I’m raising the warning,” the pastor said. “It’s not a good situation out here. The military’s job is not to fight these kinds of battles. Christians are having to walk so carefully. I hear it every Sunday at church.”

Hiram Sasser, of the Liberty Institute, is representing Monk in his battle with the Air Force. He said he’s very disturbed at what’s happening at Lackland.

“Lackland has been having some extensive problems,” Sasser told me. “It tells me there must be some sort of systemic problem in the Air Force. It’s leading to Christians not feeling welcome.”

Sasser said he was repulsed by the way the military has treated Monk.

“I can’t imagine someone having their Miranda Rights read to them like they did to Sgt. Monk simply because he is complaining about being mistreated and being discriminated against,” he said. “This kind of retaliation needs to come to a stop.”

Sasser said someone with such a clean military record deserves better treatment.

“We want to make sure we right all the wrongs and keep anyone from retaliating against Sgt. Monk,” he said.

Pastor Branson told me Monk is an outstanding member of the congregation.

“One of the finest men I’ve ever met in my life,” he said. “He lost his job because of what he thought. He’s paying the price.”

Monk tells me Christians are trading places with homosexuals.

“Christians have to go into the closet,” he said. “We are being robbed of our dignity and respect. We can’t be who we are.”

I asked Sgt. Monk why he just couldn’t keep quiet knowing that the Obama Administration has staffed the Pentagon with anti-Christian civilians. Why risk getting booted out of the military?

Sgt. Monk told me he decided to take a stand for his three teenage sons.

“Every night after dinner we read the Bible together,” he said. “I tell the boys we’ve got a lot of stuff going on in this world and we need people to stand up. My boys know what I’m going through. They are looking at me – wanting to know how I’m going to handle this.”

He said the Monk family has a “family ethos.”

“The Monk family will be strong in mind, strong in soul, they will have strong character and strong work ethic,” he said. “That is the ethos of our family. That’s what I hope they see in me.”

He hopes his boys will see “a man who stands upright and stands for integrity.”

Sadly, those values are no longer seen as virtuous in a military that’s been turned into a social-engineering petri dish.