Why Does Adam Levine Hate America? 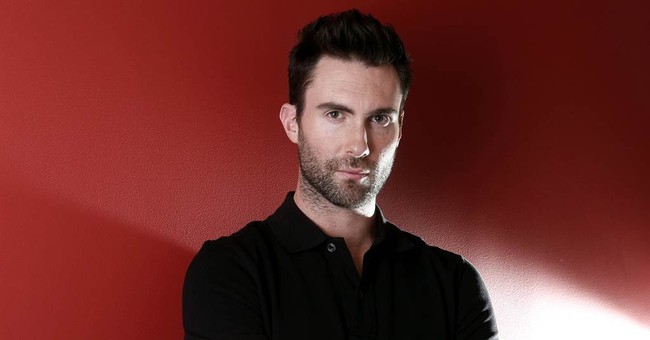 I was watching “The Voice” last night, NBC’s singing competition and I could not believe the words coming out of my flat screen television.

It happened near the end of the two-hour episode just after country music crooner Amber Carrington had been saved from elimination by television viewers.

Coach Adam Levine was upset because two of his singers were in the bottom three – and that’s when he muttered something under his breath.

“I hate this country,” he said – apparently unaware his microphone was hot.

“I hate this country.”

Levine, the Maroon 5 frontman, is a passionate supporter of President Obama. During the 2012 presidential election he warned the nation in a tweet: “Dear America, if you don’t re-elect @barackobama, I’m gonna lose my sh*t.”

And after Obama won re-election, Levine tweeted: “That’s what happens when you f*ck with Sesame Street.”

As you might imagine the “country” didn’t take kindly to Levine’s nationally televised hissy fit. So Levine decided to use Twitter to clarify his remarks.

He was all a big joke, he explained. Oh yeah – it was a real chuckle fest.

Levine posted a series of dictionary entries – accusing the nation of misunderstanding and being humorless:

mis·un·der·stand: to fail to understand 2 : to interpret incorrectly

joke: noun something said or done to provoke laughter or cause amusement

Well guess what, Adam Levine – I have a dictionary too. And let’s see if Funk and Wagnalls can enlighten our national discourse: