Tim Scott
|
Posted: May 25, 2016 3:28 PM
Share   Tweet
The opinions expressed by columnists are their own and do not necessarily represent the views of Townhall.com. 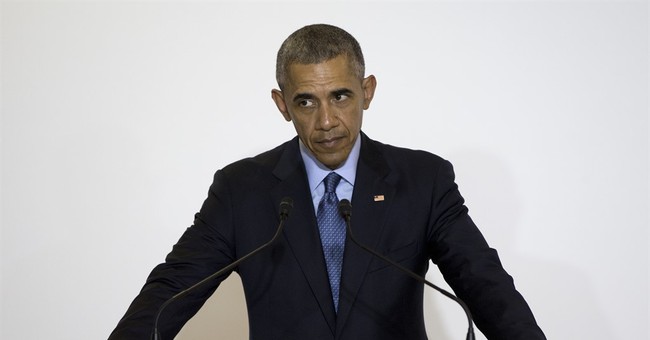 The American people have shown us over the past decade that they will no longer put up with Washington’s back room deals and slush fund spending. There are no more Bridges to Nowhere, and bailouts using taxpayer dollars, such as those initially required by Obamacare, are met with ferocious opposition. While Washington still spends and taxes too much, the American people have made their opinion on these matters unmistakable.

But while the public has raised its collective voice against this irresponsible spending, the Obama Administration has found a new loophole for advancing its liberal agenda – legal settlements. These proceedings are not subject to the budget or appropriations processes, and new bureaucracies, such as the Consumer Financial Protection Bureau (CFPB), are using them to great effect to fund leftist activist groups.

So how does it work? For example, when the Department of Justice (DOJ) files suit against a bank for defrauding customers, instead of actually prosecuting executives or decision-makers who perpetrated the fraud, DOJ simply extracts an enormous settlement from the company - in some instances, billions of dollars. As part of the settlement, DOJ will require that the defendant donate large sums of money to outside groups, many of which are partisan activist organizations. Oftentimes DOJ will work with the new big government institutions created by the Obama Administration, such as the CFPB, to determine their own private wish list for how the money is spent. This amounts to a DOJ slush fund – hundreds of millions of dollars operating outside the system.

Make no mistake – this is not an attempt to defend those who misled and defrauded the American people. If those activities occurred, then the perpetrators must and should be punished. However, as a recent study by the U.S. House Judiciary and Financial Services Committees has shown, while the perpetrators are taking a financial hit, at the same time and through the same process third-party activist groups are being enriched. Approximately $880 million dollars have been directed to these groups in just the past 20 months, with nothing but the Obama Administration’s partisan whims to determine where it’s going.

As DOJ and other agencies operate outside of the budgeting system, there is no transparency and no accountability for how those dollars are spent. These deals are being made by the federal government on behalf of the American people, but the American people have no real way of knowing what all is going into them. So as the Obama Administration ramps up this new form of earmarking, it is clear that it is time for Congress to step in and enforce our oversight powers.

Recently, House Judiciary Chairman Bob Goodlatte (R-VA) introduced the Stop Settlement Slush Funds Act, which simply bars settlements negotiated by the federal government from requiring donations to outside groups. I will also be introducing my own legislation in the near future to strengthen protections against the creation of these slush funds. Congress sets the spending priorities for our nation, not an Executive Branch that is so frustrated with the lack of support from the American people that it feels it needs to make up its own set of rules.

A government that serves its people must be transparent and accountable. Unfortunately, over the past seven years we have seen an administration that muddies the water unlike any before it. These settled slush funds are a significant part of that equation, and must be stopped. The American people deserve better.