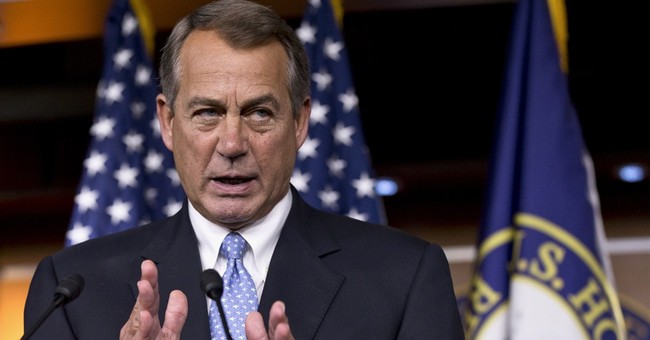 The unimaginable happened for the second time this year on Thursday. Fiscal conservatives held their ground against expanding the size and scope of government. The Farm Bill failed passage in the House due to a coalition of conservative votes who thought there was too much spending, and ironically big-spending Democrats who felt there was too little.

With Boehner’s announcement two weeks ago that he would be voting in favor of the bill, the likelihood of its passage seemed almost imminent. Even withstanding those odds, thousands of Americans rallied with phone calls, emails and outreach to keep the pressure on those conservative members of Congress.

The bill was a ten-figure monstrosity—a holdover from Congress’ earmarking days that contained more pork than a Texas fire pit. Most of it has a tenuous connection, or none at all, with actual farming: including tax breaks for “farm-related activities” like reality TV, wine tastings and animal spa products.

Supporters point to the Congressional Budget Office’s weak claim that the bill saves money due to miniscule trimmings it underwent in the Senate, but those savings are manipulated by counting them over a ten-year period when the bill only spent for five. It was just a charade that helps lawmakers continue their reckless spending.

One of the most disappointing outcomes of this bill was Boehner’s insistence on pushing it in the first place. Earlier this year I joined millions of Americans to thank him for his leadership in holding firm to the small spending-cut victory called Sequestration. It was an incredibly difficult battle and while only a small step, it was important progress towards reining in government overspending. Sadly, that was the John Boehner of January and not the Boehner of June.

Instead of standing firm against the President’s big-spending agenda, Boehner sided with an unholy alliance of corporate interests and liberal spending fiends to rubberstamp more corporate tax subsidies and welfare growth. Instead of standing with the Americans who had his back in the winter, he tried to erase all the gains made by them and then some.

In short, the Farm Bill was John Boehner’s betrayal of fiscal conservatism.

This legislation included no significant reforms to the few actual farm programs it contains and they largely remain handouts for agri-business interests. A few of the modest reforms – like the elimination of the direct payment program—were replaced with even more expensive programs; crop insurance subsidies were also expanded without taxpayer protections; and don’t worry, the bill shields commodity programs and international trade policy from badly-needed reforms, too.

The little the bill did for small farmers left room for a ton of welfare spending: food stamps, which has nothing to do with farming, was 80 percent of the bill. The United States will spend more on the Supplemental Nutrition Assistance Program (SNAP) in this one bill than the entire GDP of Switzerland. While only 1 in 50 people used food stamps in the 1970s, the program has ballooned in the last decade. Now 1 in 7 use them, and Congress has made negligible efforts to combat fraud and save money.

This was a great victory for House fiscal conservatives and Americans as we stopped a trillion dollar monstrosity.