Timothy Lee
|
Posted: Dec 12, 2019 11:17 AM
Share   Tweet
The opinions expressed by columnists are their own and do not necessarily represent the views of Townhall.com. 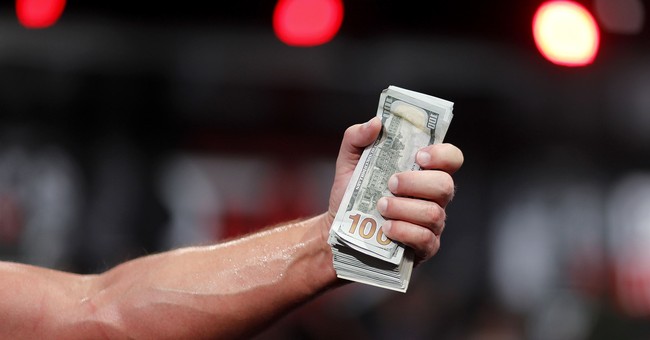 No nation safeguards IP as reliably as the United States, as manifested by annual worldwide IP rankings in which the U.S. consistently leads. In fact, our Founding Fathers considered it so important that they explicitly protected it in the text of Article I of our Constitution.  As a result, we’re the most innovative, prosperous and powerful nation in human history.  From the telephone to lifesaving pharmaceuticals, from motion pictures to music, from Coca-Cola’s logo to Apple’s, no society past or present remotely rivals America’s legacy of patent, copyright, trademark, and trade secret achievement.

Unfortunately, a countervailing scourge sometimes referred to as “jackpot justice” resulting from lawsuit abuse continues to undermine America’s economy and innovation just as strong IP protections work to their benefit.

In Texas, we recently witnessed a convergence of the two concepts, where a court awarded an outrageous and unconstitutional award in an otherwise unremarkable trade secret claim.

Last year, a jury inexplicably awarded a $706 million decision in favor of tech startup HouseCanary, Inc., against Amrock, formerly Title Source. Amrock is an insurance, real estate valuation, and closing services provider.  That verdict actually resulted from a lawsuit initiated by Amrock against HouseCanary for breach of contract, after the two parties had entered into a contractual arrangement whereby HouseCanary agreed to provide Amrock a mobile app that would enable property appraisal reports on the go. The contract also stipulated that HouseCanary would supply Amrock with real estate data, appraisal software and automated valuation models.

Accordingly, when HouseCanary’s products remained unworkable more than a year into the $5 million contract, Amrock sued HouseCanary for breach of contact.  Subsequently, HouseCanary countersued, alleging that Amrock improperly used HouseCanary’s technology to create its own automated valuation model and reverse-engineer its own product.

Bizarrely, the jury took that original $5 million lawsuit and awarded a staggering $706 million to HouseCanary, which included $471 million in punitive damages and $235 million for trade secret misappropriation.

That award exceeds by ten times the amount of capital that HouseCanary had cumulatively raised in its entire five-year history.  Additionally, HouseCanary never established significant sales to other market buyers, having not developed a reliable product value beyond its relationship with Amrock.

The jury’s $706 million award therefore maintains no reasonable connection to the alleged violation, or even to HouseCanary’s value.

That violates U.S. Supreme Court doctrine, which consistently holds that runaway jury awards out of proportion to any actual harm inflicted are unconstitutional, particularly when damages are “entirely economic,” therefore “less worthy of punishment than harm to health and safety.”

For that reason, the appellate court must reverse the jury’s outlandish award.

Writing here in Townhall, however, commentator Frank Vernuccio defended that unjustifiable award, and it’s important to respectfully correct the record.

Mr. Vernuccio rightly focused his piece on highlighting the importance of strong trade secret protections.  As noted above, he’s entirely correct in that regard, and he justifiably commends the Trump administration’s crackdown on China for stealing U.S. trade secrets among other IP violations.

Extending his argument, however, Mr. Vernuccio descends into defending the $706 million Amrock/HouseCanary award, suggests that Amrock in its current appeal seeks a “weakening of trade secret statutes,” and asserts some unfortunately inaccurate factual contentions at the heart of the case.

But this case maintains relevance not for its IP or trade secret implications, but rather as a straightforward example of miscarriage of justice.  As stated above, the astronomical verdict at issue defies logic, as the jury’s $706 million award bears no established rational connection to the entire value of HouseCanary, let alone the alleged violation or actual economic damages suffered. This case also shows the dangers that occur when trial judges abdicate their gatekeeping function and allow lay juries to hear so-called “expert” testimony untethered from facts or reality. The trial court actually called some of the HouseCanary expert’s supposition “a stretch.”

Although the trial court failed in its critical gatekeeping function under our constitutional system, the appellate court should not.