The Citizens Mandate: Time for Mainstream America to Get a New Attitude! 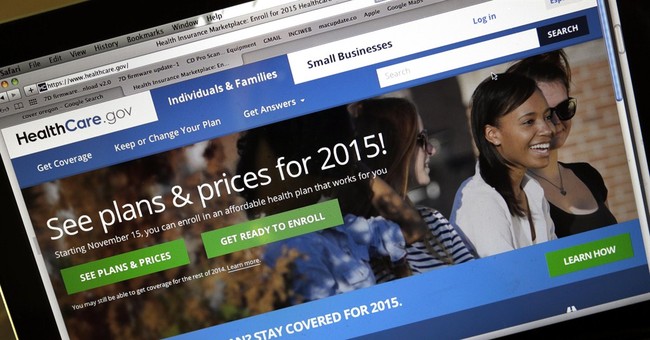 The Citizens Mandate, released on January 15 by over fifty conservative leaders, does far more than call upon the GOP to honor the mandate given it by the electorate in the 2014 landslide. The Mandate offers an opportunity for mainstream America – for far too long the sleeping giant of American politics – to get a new attitude about politics.

As our government ratchets further and further to the left regardless of which party we put in power, the center-right mainstream in America edges closer and closer to a state that psychologists call conditioned helplessness. Regardless of how we vote, nothing changes.

We vote to tell our representatives to stop Obamacare, to stop Obama’s illegal amnesty and other unconstitutional intrusions of the Executive branch into the role of the Legislative branch, and to stop sacrificing American security on the altar of political correctness. And yet, after tickling our ears with tough campaign talk about doing all those things, the GOP barely gets back in the Beltway before they fund both Obamacare and illegal amnesty and, in effect, they collude with Obama’s agenda to radically transform America.

It is as if the Beltway is telling mainstream America that the political class is sovereign and that we are merely subjects: Go ahead and vote; call us and express your opinion if you must; go to a rally every now and then if it makes you feel better. But nothing you do can influence us. Just keep working and paying taxes and we’ll run the country the way we want to.

The longer this goes on, the bolder the abuses of power will become, and the more mainstream America will feel cynical and helpless to do anything about it.

In conditioned helplessness experiments, subjects are exposed to situations that they cannot control, such as a loud noise that they cannot turn off regardless of which button they push, or trying to solve a problem that has no solution. Whatever the case, subjects in these experiments typically give up and passively accept their circumstances. What is most surprising is that, when the experimental conditions are changed so that the subject could actually turn off the noise or solve the problem, these subjects have difficulty learning that their actions matter. They have developed a mindset of helplessness, and they have trouble seeing the solution that is right in front of them.

But, though mainstream America may feel a growing sense of helplessness to influence the direction of the behemoth inside the Beltway, there is a solution. We just have to change our attitude about politics and then try a different approach.

A major thesis of Waking the Sleeping Giant: How Mainstream America Can Beat Liberals at Their Own Game is that mainstream America confuses civics with politics. We think that politics is about voting and winning elections. When the election is over, we go back to work and wonder why government doesn’t listen to us. But the far left and K Street lobbyists understand that politics is about pressure. Regardless of which names are on the doors, the leftists and the lobbyists keep the pressure on long after the election until they get their way.

But if a handful of left wing activists and K Street lobbyists can successfully pressure government to carry out their agenda, what could millions of mainstream Americans do if they decided to put serious pressure on Washington that continued long after Election Day?

That’s where the Citizens Mandate comes in. Signed by conservatives such as Richard Viguerie, Phyllis Schlafly, bestselling novelist Brad Thor, and dozens of others – including this writer – the Mandate reminds the new Congress point by point of the 2014 electoral mandate to stop the radical transformation of America. Started as a collaborative effort among grassroots conservatives, however, the Mandate has the potential to become a movement that Washington cannot ignore.

Citizens who support the principles of the Mandate can join in by linking to it and spreading the word on social media and through their personal networks. Call talk radio shows to talk about the Mandate and express your support. Get tea party groups to endorse and publicize the Mandate. Get your county, district, and state GOP committees to endorse the Mandate and remind elected Republicans that the wave that put them in office is still rolling. Call your Representatives and Senators before work and again when you get home.

And don’t fall for parliamentary sleight-of-hand in which members of Congress claim to oppose a bill that is unpopular with their constituents while voting behind the scenes for rules that ensure its passage. Find websites and blogs written by experts who study those obscure rules and who can keep you informed about what’s really going on behind the curtain in the political theater.

The sleeping giant of mainstream America woke up and voted in 2014, but the mandate inherent in that vote is being ignored. Now it’s time for that giant to speak in a clear and sustained voice that rattles the windows in the halls of power.