Tim Benson
|
Posted: Jan 04, 2016 1:04 PM
Share   Tweet
The opinions expressed by columnists are their own and do not necessarily represent the views of Townhall.com. 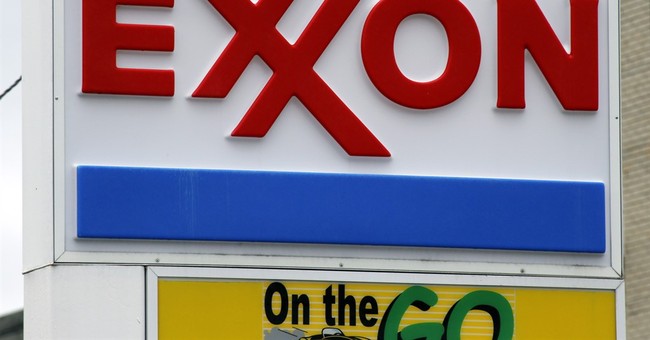 New York Attorney General (AG) Eric Schneiderman has opened an investigation into Exxon Mobil, the world’s largest energy company, and subpoenaed all company documents related to climate change research since 1977. His office says it’s an effort to find out whether executives “lied to the public about the risks of climate change or to investors about how such risks might hurt the oil business.” This follows on the heels of calls from 50 environmental groups, both major Democratic candidates for the presidency, and Democratic members of Congress for a federal probe into the firm.

Although the push for a federal investigation has been unsuccessful so far, having the attorney general of New York pry into Exxon’s records represents the next best thing for the climate mandarins on the political left. New York City’s position as one of the main centers of global finance puts the New York attorney general’s office in an extraordinarily powerful position that carries with it the potential for profound negative national and international consequences.

Some of the many broad powers given to the New York attorney general is provided by the Martin Act, a 1921 law aimed at curbing financial fraud and empowering the AG to prosecute “any device, scheme, or artifice to defraud or for obtaining money or property by means of any false pretense, representation, or promise.” Originally designed to go after low-rent stockjobbers, Ponzi schemers, and “boiler rooms”—fly-by-night call centers hawking questionable investments—the Martin Act was first put to use in an aggressive, weaponized form against Wall Street heavies by Eliot Spitzer during his tenure as attorney general in the early 2000s.

“People called in for questioning during Martin Act investigations do not have a right to counsel or … against self-incrimination,” writes Nicholas Thompson in Legal Affairs. Under this “astonishingly powerful” statute, a judgment against a company is a virtual certainty because “the AG doesn’t have to prove that the defendant intended to defraud anyone, that a transaction took place, or that anyone was actually defrauded.”

Any document from any business in the state may be subpoenaed, and the AG, who has the discretion to either make the investigation public or keep it in the dark, can file criminal charges at any time. Once the state has had its way with its unfortunate target, trial lawyers and other bottom-feeders can gain access to any document from the investigation and put it to use in a civil lawsuit.

Beyond this, the only bar you’ll find lower than the one that establishes guilt under the Martin Act is the one in use at the Limbo World Championships. An omission of fact, not intent to mislead, is enough to establish guilt. Therefore, as Mario Lewis of the Competitive Enterprise Institute writes, “If Exxon Mobil’s public statements on climate change or oil-market projections omit worst-case scenarios the company does not regard as credible, then it is guilty of defrauding shareholders.”

Exxon Mobil has supported a carbon tax since 2009 and keeps a list of 53 peer-reviewed studies on climate research that the company has funded since 1983. After rigorous research, just like their colleagues in the scientific community as a whole, Exxon’s scientists have reached no consensus on what the effects of anthropogenic global warming will be. To go after Exxon because its scientists have done exactly what the scientists for the U.N. Intergovernmental Panel on Climate Change (IPCC) have done (disagree on whether anthropomorphic global warming is a serious threat to the planet) marks this investigation as nothing more than a witch hunt.

(Full disclosure: Exxon was once a minor donor to The Heartland Institute, for whom I serve as a policy analyst. Exxon last donated to the institute in 2006.)

The real purpose of this investigation is not to find Exxon guilty of misrepresentation or fraud; it is to find the firm guilty of expressing an opinion. Exxon must be punished for not toeing the alarmist line regarding the theory of catastrophic, man-caused global warming. These climate bullies want to silence debate on global warming, and they seek to stop companies from funding and advocating research that runs counter to their Chicken Little doomsday narrative.

This government shakedown of Exxon is a direct assault on the First Amendment and the worst kind of abuse of state authority. Policymakers across the country should stay vigilant and make sure these types of witch-hunt investigations don’t arise in their own states.