The War on Cops

Thomas Sowell
|
Posted: Jul 12, 2016 12:01 AM
Share   Tweet
The opinions expressed by columnists are their own and do not necessarily represent the views of Townhall.com. 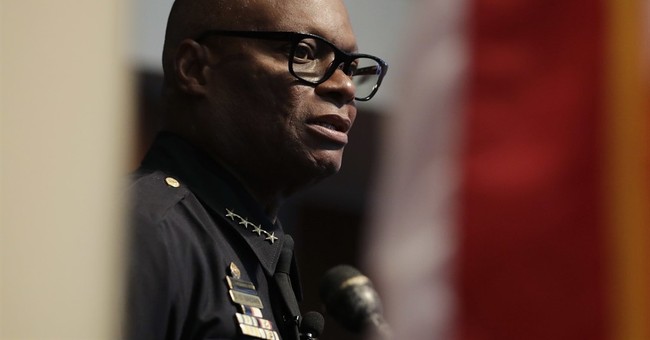 Trending
There was never a more appropriately named book than "The War on Cops" by Heather Mac Donald, published a few weeks ago, on the eve of the greatest escalation of that war by the ambush murders of five policemen in Dallas.

Nor is this war against the police confined to Dallas. It is occurring across the country. Who is to blame?

There is a ton of blame, more than enough to go around to the wide range of people and institutions that have contributed to these disasters. In addition to the murderers who have killed people they don't even know, there are those who created the atmosphere of blind hatred in which such killers flourish.

Chief among those who generate this poisonous atmosphere are career race hustlers like Al Sharpton and racist institutions like the "Black Lives Matter" movement. All such demagogues need is a situation where there has been a confrontation where someone was white and someone else was black. The facts don't matter to them.

The same is true of the more upscale, genteel and sophisticated race panderers, including the President of the United States. During his first year in the White House, Barack Obama chastised a white policeman over his handling of an incident with a black professor at Harvard -- after admitting that he didn't know the specific facts.

Nor did he know the specifics when he publicly announced that, if he had a son, that son would look like Trayvon Martin. Are we to decide who is right and who is wrong on the basis of skin color? There was a long history of that in the days of the old Jim Crow South. Are we fighting against racism today or do we just want to put it under new management?

No one should imagine that any of this is helping the black community. The surge in murder rates across the country, in the wake of the anarchy unleashed after the Ferguson, Missouri and Baltimore riots, has taken a wholly disproportionate number of black lives.

But, to the race hustlers, black lives don't really matter nearly as much as their chance to get publicity, power, money, votes or whatever else serves their own interests.

The mainstream media play a large, and largely irresponsible, role in the creation and maintenance of a poisonous racial atmosphere that has claimed the lives of policemen around the country.

That same poisoned atmosphere has claimed the lives of even more blacks, who have been victims of violence by thugs and criminals who have had fewer restrictions as the police have pulled back, or have been pulled back, under political pressure.

The media provide the publicity on which career race hustlers thrive. It is a symbiotic relationship, in which turmoil in the streets gives the media something exciting to attract viewers. In return, the media give those behind this turmoil millions of dollars' worth of free publicity to spread their poison.

It is certainly news when there is turmoil in the streets. But that is very different from saying that giving one-sided presentations at length of the claims of those who promote this turmoil makes sense.

The media have also actively promoted the anti-police propaganda by the way they present the news. This goes all the way back to the Rodney King riots of 1992. Television stations all across the country repeatedly played a selectively edited fraction of a videotape covering the encounter between the police and Rodney King, who had been stopped after a wild, high-speed chase.

The great majority of that video never saw the light of day on the TV networks that incessantly played the selectively edited fraction.

When the police were charged with excessive violence in overcoming Rodney King's resistance to arrest, the jury saw the whole video -- and refused to convict the policemen. That is when people who had seen only what the media showed them rioted after the jury verdict.

Mob rule is not democracy. It threatens democracy, as it threatens lives -- black or white -- and all lives should matter.