Thomas Sowell
|
Posted: Jun 07, 2016 12:01 AM
Share   Tweet
The opinions expressed by columnists are their own and do not necessarily represent the views of Townhall.com. 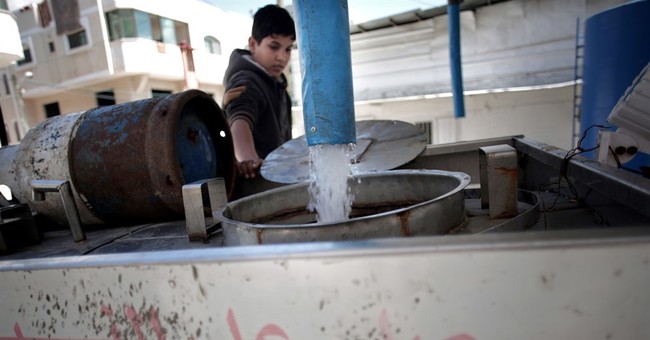 Trending
Too many social problems are conceived of in terms of what "we" can do for "them." After decades of massive expansions of the welfare state, the answer seems to range from "not very much" to "making matters worse."

Undaunted, people in a number of countries are coming up with new proposals that are variations on the theme of government-provided income -- which amounts to relieving people from personal responsibility.

Yet even some conservatives and libertarians are coming up with proposals for more "efficient" versions of the welfare state -- namely direct cash grants for life to virtually all adults, instead of the current hodgepodge of overlapping bureaucratic programs.

Charles Murray recognizes that "some people will idle away their lives" under his proposal. "But that is already a problem," he says, and therefore is no valid objection to replacing the current welfare state with a less costly alternative.

Everyone recognizes that there are some people unable to provide for their own survival -- infants and the severely disabled, among others. But providing for such people is wholly different from a blanket guarantee for everybody that they need not lift a finger to feed, clothe or shelter themselves.

The financial cost of providing such a guarantee, though huge, is not the worst of the problems. The history of what has actually happened in times and places where people were relieved from the challenge of survival by windfall gains is not encouraging.

In both England and the United States, the massive expansion of the welfare state since the 1960s has been accompanied by a vast expansion in the amount of crime, violence, drug addiction, fatherless children and other signs of social degeneration.

Maybe that was just coincidence. But there have been too many coincidences in too many very different times and places where people were relieved from the challenge of survival by windfall gains of one sort or another.

In 16th and 17th century Spain -- its "golden age" -- the windfall gain was gold and silver looted by the ton from Spanish colonies in the Western Hemisphere. This enabled Spain to survive without having to develop the skills, the sciences or the work ethic of other countries in Western Europe.

Spain could buy what it wanted from other nations with all the gold and silver taken from its colonies. As a Spaniard of that era proudly put it, "Everyone serves Spain and Spain serves no one."

What this meant in practical terms was that other countries developed the skills, the knowledge, the self-discipline and other forms of human capital that Spain did not have to develop, since it could receive the tangible products of this human capital from other countries.

But once the windfall gains from its colonies were gone, Spain became, and remained, one of the poorest countries in Western Europe. Worse, the disdainful attitudes toward productive work that developed during the centuries of Spain's "golden age" became a negative legacy to future generations, in both Spain itself and in its overseas offshoot societies in Latin America.

In Saudi Arabia today, the great windfall gain is its vast petroleum reserve. This has spawned both a fabulously wealthy ruling elite and a heavily subsidized general population in which many have become disdainful of work. The net result has been a work force in which foreigners literally outnumber Saudis.

Some welfare states' windfall gains have enabled a large segment of their own citizens to live in subsidized idleness while many jobs stigmatized as "menial" are taken over by foreigners. Often these initially poor foreigners rise up the economic scale, while the subsidized domestic poor fail to rise.

Do we really want more of that?

British historian Arnold Toynbee proposed the "challenge and response" thesis that human beings advance when there are challenges they must meet. The welfare state removes challenges -- and has produced many social retrogressions.

Those with the welfare state vision often want to remove challenges even from games by getting rid of winning and losing. That is consistent with their overall assumptions about life. But it seems very inconsistent for conservatives and libertarians to support plans whose net effect would be to reduce the inherent challenges of life for still more people.