Thomas Sowell
|
Posted: Mar 29, 2016 12:01 AM
Share   Tweet
The opinions expressed by columnists are their own and do not necessarily represent the views of Townhall.com. 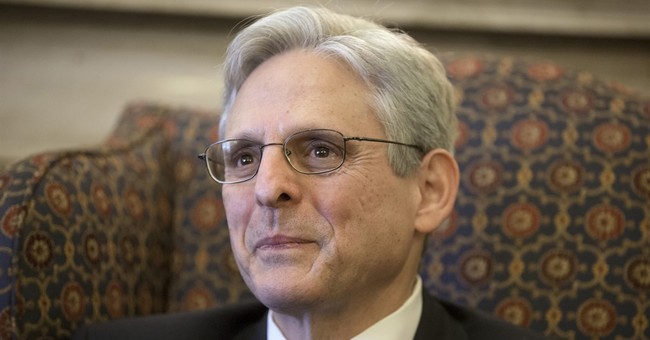 Trending
If there is one thing that is bipartisan in Washington, it is brazen hypocrisy.

Currently there is much indignation being expressed by Democrats because the Republican-controlled Senate refuses to hold confirmation hearings on President Obama's nominee to the Supreme Court, to fill the vacancy caused by the death of Justice Antonin Scalia.

The Democrats complain, and the media echo their complaint, that it is the Senate's duty to provide "advice and consent" on the President's appointment of various federal officials. Therefore, according to this claim, the Senate is neglecting its Constitutional duty by refusing even to hold hearings to determine whether the nominee is qualified, and then vote accordingly.

First of all, the "advice and consent" provision of the Constitution is a restriction on the President's power, not an imposition of a duty on the Senate. It says nothing about the Senate's having a duty to hold hearings, or vote, on any Presidential nominee, whether for the Supreme Court or for any other federal institution. The power to consent is the power to refuse to consent, and for many years no hearings were held, whether the Senate consented or did not consent.

Nor have Democrats hesitated, when they controlled the Senate, to refuse to hold hearings or to vote when a lame-duck President nominated someone for some position requiring Senate confirmation during a Presidential election year.

The obvious reason, in both cases, is that the party controlling the Senate wants to save the appointment for their own candidate for the Presidency to make after winning the upcoming election. The rest is political hypocrisy on both sides.

None of this is new. It was already well-known 40 years ago, when President Gerald Ford nominated me to become one of the commissioners of the Federal Trade Commission during the 1976 Presidential election year.

After months passed without any hearings being held, I went to see the chief legislative aide of the committee that was responsible for confirming or denying. When the two of us were alone, he said to me, quite frankly, "We've gone over your record with a fine tooth comb and can find nothing to object to. So we are simply not going to hold hearings at all."

"If this were not an election year," he said, "your nomination would have sailed right through. But we think our man is going to win the Presidential election this year, and we want him to nominate someone in tune with our thinking."

Last week, the New York Times ran a front-page "news" story about something Chief Justice John Roberts had said, more than a month ago, prior to the death of Justice Scalia, under the headline "Stern Rebuke For Senators."

Since Justice Scalia was still alive then, and there was no Supreme Court vacancy to fill at the time, Chief Justice Roberts' remarks had nothing to do with the current controversy. Nor were these remarks news after such a long lapse of time. But this was part of a pattern of the New York Times' disguising editorials as front-page news stories.

In short, the political hypocrisy was matched by journalistic hypocrisy. Indeed, there was more than a little judicial hypocrisy in Chief Justice Roberts' complaint that Senate confirmation hearings on Supreme Court nominees do not confine themselves to the nominees' judicial qualifications, rather than their conservative or liberal orientations.

If judges confined themselves to acting like judges, instead of legislating from the bench, creating new "rights" out of thin air that are nowhere to be found in the Constitution, maybe Senate confirmation hearings for Supreme Court nominees would not be such bitter and ugly ideological battles.

Chief Justice Roberts himself practically repealed the 10th Amendment's limitation on federal power when he wrote the decision that the government could order us all to buy ObamaCare insurance policies. When judges act like whores, they can hardly expect to be treated like nuns.

Politicians, journalists and judges should all spare us pious hypocrisy.