Thomas Sowell
|
Posted: Mar 03, 2016 12:01 AM
Share   Tweet
The opinions expressed by columnists are their own and do not necessarily represent the views of Townhall.com. 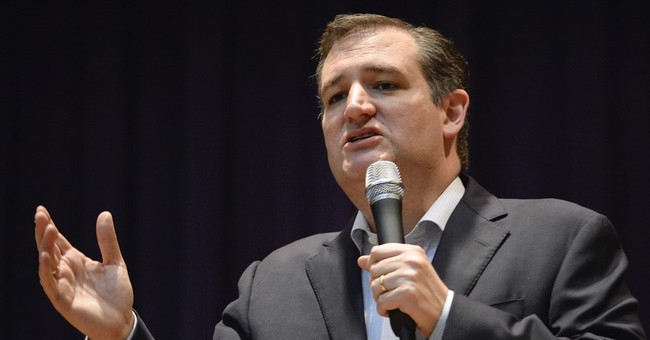 The worst political blunder of all time, according to scientist Freeman Dyson, was the decision of the emperor of China in 1433 to cut off his country from the outside world. In the wake of that decision, China lost its position in the forefront of human achievements and fell behind, over the centuries, to become a Third World country.

Before the end of this month, the United States of America may break that record for the worst political blunder of all time. Professor Dyson attributed the Chinese emperor's blunder to "powerful people pursuing partisan squabbles and neglecting the long-range interests of the empire." That can be our path to disaster as well.

After the results of "Super Tuesday," we find ourselves with front-runners in their respective parties who each could, as President of the United States, take the decline of America under the Obama administration, even further down, to a point of no return.

As Secretary of State, Hillary Clinton was in charge of the foreign policy that destroyed governments in Egypt and Libya that were no threat to America's interests or allies, and plunged both countries into a turmoil from which only Egypt managed to rescue itself, while Libya has become another hotbed of terrorist activity.

Yet Secretary Clinton is running on her "experience" -- even though it is an experience of unmitigated disasters for America, around the world. Her e-mail scandals and lies are important mainly as symptoms of her utter disregard of anything other than her own financial and political interests.

While Hillary Clinton seems, for all practical purposes, to be unstoppable in her quest for the Democrats' nomination, Donald Trump is by no means inevitable on the Republican side. But he may become unstoppable after the next round of primaries, especially if he wins in winner-take-all states.

Most of Trump's wins in various state primaries have been achieved without winning a majority of the votes. Yet these wins can create an impression of great victories, even when most Republican voters voted against Trump. The fracturing of the majority vote among numerous other candidates is the key.

What prevents the anti-Trump majority from coming together in support of one candidate who can defeat Trump? Only the kinds of narrow political squabbles that ruined China.

Senator Ted Cruz has the best track record against Trump, having beaten him in three states, even with the majority vote split among several candidates. But the Republican establishment would prefer Senator Marco Rubio, who has won only one state and is trailing in the polls in his home state of Florida.

Perhaps most important of all, there are signs that -- if push comes to shove -- the Republican establishment would prefer Trump himself to Ted Cruz.

Why? Because, despite Trump's reckless rhetoric and shallow reasoning, he is a deal-maker who will not let principles stand in the way of anything that promotes the ego of Donald Trump.

Senator Cruz, on the other hand, has repeatedly defied the Republican leadership in the Senate. Whatever the merits or lack of merits of his actions in particular cases, he has clearly shown himself not to be one of those who go along to get along.

Former president Jimmy Carter has criticized Senator Cruz for not being "malleable." No one was more "malleable" in the face of America's enemies than Jimmy Carter, both when he was president and after he left office, and cozied up to Communist dictators in Cuba and North Korea. We don't need that kind of malleability in a President of the United States.

Even if we accept the criticism of Senator Cruz's political enemies and critics that he is "opportunistic," that charge loses some of its sting if he becomes President of the United States. What greater opportunity is there for him at that point? Becoming a great president, which is certainly what this country needs.

Perhaps a political near-death experience thus far will sober up both Cruz and his opponents into a realization that their cooperation is the only thing that makes sense for the country.

But politicians do not always do things that make sense for the country, whether in 15th century China or 21st century America. But we will know the answer to that question by the end of this month. And generations yet unborn may have to live with the consequences of that answer.

Opinion: The Steps Towards Revolution or Hostile Takeover From Within (Part II, What Is Happening?)
Redstate
If your protest blocks and attacks a car, you’re going to get run down
Hotair