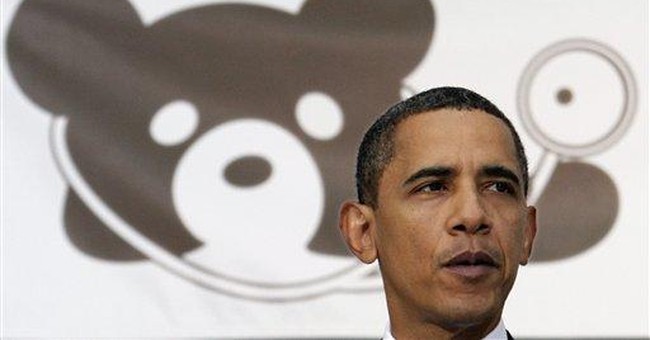 Is there a coherent argument for government-controlled medical care or are slogans and hysteria considered sufficient?

We hear endlessly about how many Americans don't have health insurance. But, if we stop and think-- which politicians hope we never do-- that raises the question as to why that calls for government-controlled medical care.

A bigger question is whether medical care will be better or worse after the government takes it over. There are many available facts relevant to those crucial questions but remarkably little interest in those facts.

None of the people who are trying to rush government-run medical care through Congress before we have time to think about it are pointing to Medicare, Medicaid or veterans' hospitals as shining examples of how wonderful we can expect government medical care to be when it becomes "universal."

As for those uninsured Americans we keep hearing about, there is remarkably little interest in why they don't have insurance. It cannot be poverty, for the poor can automatically get Medicaid.

In fact, we already know that there are people with substantial incomes who choose to spend those incomes on other things, especially if they are young and in good health. If necessary, they can always go to a hospital emergency room and receive treatment there, whether or not they have insurance.

Here, the advocates of government-run medical care say that we all end up paying, one way or another, for the free medical care that hospitals are forced by law to provide in their emergency rooms. But unless you think that any situation you don't like is a reason to give politicians a blank check for "change," the relevant question becomes whether the alternative is either less expensive or of better quality. Nothing is cheaper just because part of the price is paid in higher taxes.

Such questions seldom get asked, much less answered. We are like someone being rushed by a used car dealer to sign on the dotted line. But getting stuck with a car that is a lemon is nothing compared to signing away your right to decide what medical care you or your loved ones will get in life and death situations.

Politicians can throw rhetoric around about "bringing down the cost of health care" or they can even throw numbers around. But the numbers that politicians are throwing around don't match the numbers that the Congressional Budget Office finds when it analyzes the hard data.

Nothing is easier than for governments to impose price controls. They have been doing this, off an on, for thousands of years-- repeatedly resulting in (1) shortages, (2) quality deterioration and (3) black markets. Why would anyone want any of those things when it comes to medical care?

The confusion of "health care" with medical care is the crucial confusion. Years ago, a study showed that Mormons live a decade longer than other Americans. Are doctors who treat Mormons so much better than the doctors who treat the rest of us? Or do Mormons avoid doing a lot of things that shorten people's lives?

The point is that health care is largely in your hands. Medical care is in the hands of doctors. Things that depend on what doctors do-- cancer survival rates, for example-- are already better here than in countries with government-run medical systems. But, if political rhetoric prevails, we may yet sell our birthright and not even get the mess of pottage.