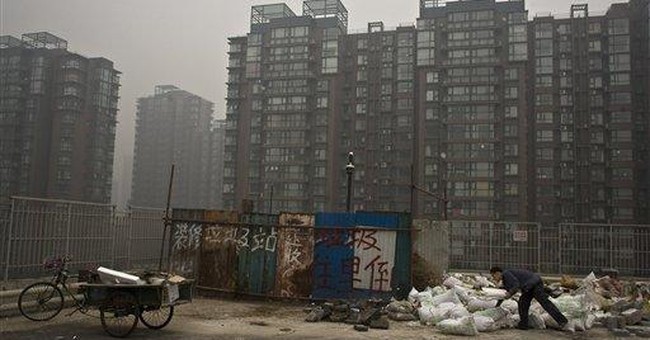 Even if the "stimulus" package doesn't seem to be doing much to stimulate the economy, it is certainly stimulating many potential recipients of government money to start lining up at the trough. All you need is something that sounds like a "good thing" and the ability to sell the idea.

A perennial "good thing" is education. So it is not surprising that leaders of the Association of Public and Land Grant Universities have come out with an assertion that "the U.S. should set a goal of college degrees for at least 55 percent of its young adults by 2025."

Nothing is easier in politics than setting some arbitrary goal-- preferably based on numbers-- and go after it, in utter disregard of the costs or the repercussions. That is how we got into the housing boom and bust, by mindlessly pursuing ever-higher statistics of home ownership. The same political game can be played by making ever higher miles per gallon the goal for automobiles, ever more "open space," ever more-- you name it.

Sometimes these open-ended political crusades can be given some semblance of rationality by referring to other countries that have bigger numbers in whatever is the goal du jour.

The representatives of the Association of Public and Land Grant Universities point to the fact that, in countries like Canada, Korea and Japan, "more than 50 percent of young adults hold college degrees" while only 41 percent do in the United States.

No reason is given why one of these numbers is better than another. Apparently the implicit assumption is that education is a "good thing" that it is always better to have more of. But, if that is the case, why 55 percent rather than 75 percent, 95 percent or 100 percent?

Even food is not a "good thing" categorically, without limit. We can't live without it but, beyond some point, it causes obesity and shortens our lives.

A certain amount of education is undoubtedly very beneficial for some people but, at some point, enough is enough, even for geniuses. For each individual, depending on that individual's interests and dedication as well as ability, the time comes to leave the classroom and go out into the real world.

It is not just dummies who reach the point when it makes sense for them to "drop out" of education. Michael Dell of Dell computers and Bill Gates of Microsoft both dropped out of college, and neither of them seems to be doing badly.

Given the composition of the population as it is-- which is always what we have to start with-- what evidence is there that too few or too many are going to college?

As someone who spent years teaching at colleges and universities for students who ranked in the country's top 10 percent, I nevertheless encountered many students whose interest in intellectual matters was less than overwhelming, to put it charitably.

During my first semester of teaching, my grading standards caused most students like that to transfer out by the second semester. Teaching the other students during the second semester was a sheer joy and I continued to get letters from them over the years, even after I had moved on to other institutions. In other words, the departure of the dead wood made the class better.

Far weightier evidence than anecdotal personal experiences, however, are the statistics on how many students actually graduate.

The American Enterprise Institute, a Washington think-tank, has recently published statistics on what percent of a given college's students manage to graduate in the course of six years.

Considering the enormous costs of maintaining a student in college-- whether that cost is paid by parents, the taxpayers, or the students themselves-- an open-ended call for "more" seems like too many other open-ended commitments that have run up record national debts without any corresponding benefits.