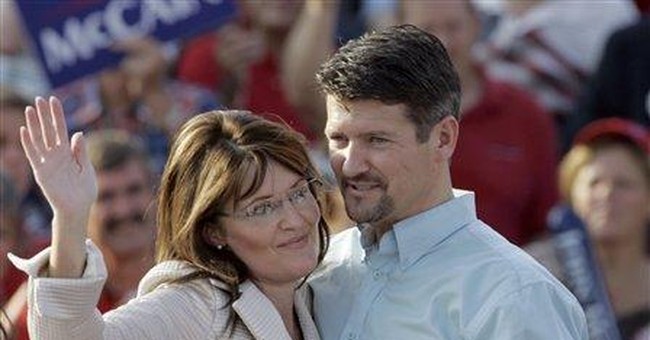 Now that the Democrats have recovered from the shock of Governor Sarah Palin's nomination as the Republican's candidate for vice president, they have suddenly discovered that her lack of experience in general-- and foreign policy experience in particular-- is a terrible danger in someone just a heartbeat away from being President of the United States.

For those who are satisfied with talking points, there is no need to go any further. But, for those who still consider substance relevant, this is an incredible argument coming from those whose presidential candidate has even less experience in public office than Sarah Palin, and none in foreign policy.

But the big talking point is that the Democrats' vice-presidential nominee, Senator Joe Biden, has years of foreign policy experience as a member, and now chairman, of the Senate Foreign Relations Committee.

That all depends on what the definition of "experience" is.

Before getting into that, however, a plain fact should be noted: No governor ever had foreign policy experience before becoming president-- not Ronald Reagan, not Franklin D. Roosevelt, nor any other governor.

It is hard to know how many people could possibly have had foreign policy experience before reaching the White House besides a Secretary of State or a Secretary of Defense.

The first President Bush had been head of the C.I.A., which certainly gave him a lot of knowledge of what was happening around the world, though still not experience in making the country's foreign policy.

Senator Joe Biden's years of service on the Senate Foreign Relations Committee is even further removed from foreign policy experience. He has had a front-row seat as an observer of foreign policy. But Senator Biden has never had any real experience of making foreign policy and taking the consequences of the results.

The difference between being a spectator and being a participant, with responsibility for the consequences of what you say and do, is fundamental.

You can read books about crime or attend lectures by criminologists, but you have no real experience or expertise about crime unless you have been a criminal or a policeman.

Although I served in the Marine Corps, I have no military experience in any meaningful sense. The closest I ever came to combat was being assigned to photograph the maneuvers of the Second Marine Division at Camp Lejeune, N.C.

That was photographic experience, not military experience. If someone gave me a policy-making job in the Pentagon, I wouldn't have a clue.

The fact that Senator Joe Biden has for years listened to all sorts of people testify on all sorts of foreign policy issues tells us nothing about how well he understood the issues.

Out of the four presidential and vice-presidential candidates this year, only Governor Palin has had to make executive decisions and live with the consequences.

As for Senator Obama, his various pronouncements on foreign policy have been as immature as they have been presumptuous.

He talked publicly about taking military action against Pakistan, one of our few Islamic allies and a nation with nuclear weapons.

Barack Obama's first response to the Russian invasion of Georgia was to urge "all sides" to negotiate a cease-fire and take their issues to the United Nations. That is standard liberal talk, which even Obama had second thoughts about, after Senator John McCain gave a more grown-up response.

We should all have second thoughts about what is, and is not, foreign policy "experience."