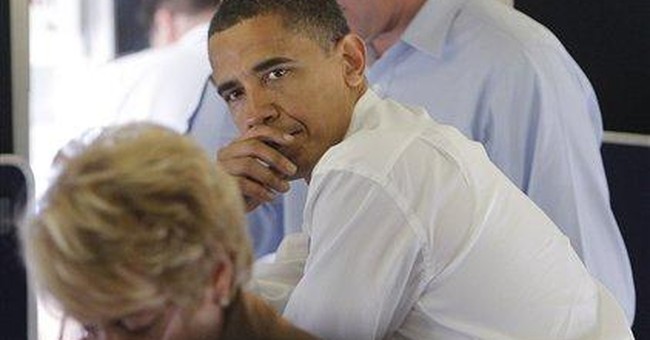 A number of friends of mine have commented on an odd phenomenon that they have observed-- conservative Republicans they know who are saying that they are going to vote for Barack Obama. It seemed at first to be an isolated fluke, perhaps signifying only that my friends know some strange conservatives. But apparently columnist Robert Novak has encountered the same phenomenon and has coined the term "Obamacons" to describe the conservatives for Senator Obama.

Now the San Francisco Chronicle has run a feature article, titled "Some Influential Conservatives Spurn GOP and Endorse Obama." In it they quote various conservatives on why they are ready to take a chance on Barack Obama, rather than on John McCain.

Partly what is going on is that, in recent years, the Congressional Republicans in general-- and Senator John McCain in particular-- have so alienated so many conservatives that some of these conservatives are like a drowning man grasping at a straw.

The straw in this case is Obama's recent "refining" of his position on a number of issues, as he edges toward the center, in order to try to pick up more votes in November's general election.

Understandable as the reactions of some conservatives may be, a straw is a very unreliable flotation device.

If all that was involved was Democrats versus Republicans, the Republicans would deserve the condemnation they are getting, after their years of wild spending and their multiple betrayals of the principles and the people who got them elected. Amnesty for illegal aliens was perhaps the worst betrayal.

But, while the media may treat the elections as being about Democrats and Republicans-- the "horse race" approach-- elections were not set up by the Constitution of the United States in order to enable party politicians to get jobs.

Nor were elections set up in order to enable voters to vent their emotions or indulge their fantasies.

Voting is a right but it is also a duty-- a duty not just to show up on election day, but a duty to give serious thought to the alternatives on the table and what those alternatives mean for the future of the nation.

What is becoming ever more painfully apparent is that too many people this year-- whether conservative, liberals or whatever-- are all too willing to judge Barack Obama on the basis of his election-year rhetoric, rather than on the record of what he has advocated and done during the past two decades.

Many are for him for no more serious reasons than his mouth and his complexion. The man has become a Rorschach test for the feelings and hopes, not only of those on the left, but also for some on the right as well.

Here is a man who has consistently aided and abetted people who have openly expressed their contempt for this country, both in words and in such deeds as planting bombs to advance their left-wing agenda.

Despite the spin that judging Obama by what was said or done by such people would be "guilt by association," he has not just associated with such people. He has in some cases donated some serious money of his own and even more of the taxpayers' money, as both a state senator in Illinois and a member of the Senate of the United States.

Barack Obama is on record as favoring the kinds of justices who make policy, not just carry out laws. No matter how he may "refine" his position on this issue, he voted against the confirmation of Chief Justice John Roberts, who was easily confirmed by more than three-quarters of the Senators.

Like people on the far left for literally centuries, Barack Obama plays down the dangers to the nation, and calls talk about such dangers "the politics of fear."

Back in the 18th century, Helvetius said, "When I speak I put on a mask. When I act, I am forced to take it off." Too many voters still have not learned that lesson. They need to look at the track record of Obama's actions.

Back in the days of "The Lone Ranger" program, someone would ask, "Who is that masked man?" People need to start asking that question about Barack Obama.