Thomas P. Kilgannon
|
Posted: Jul 02, 2020 12:01 AM
Share   Tweet
The opinions expressed by columnists are their own and do not necessarily represent the views of Townhall.com. 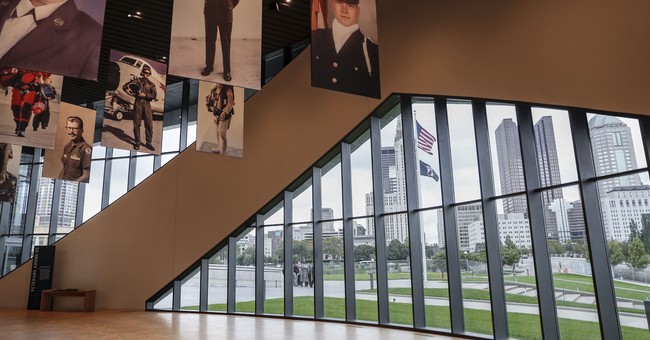 Washington, D.C. – May God help the men and women of America’s military, because our lawyers certainly won’t. From bombs to burn pits, our troops expose themselves to an inordinate amount of danger when they deploy. And now a group of self-styled “legal scholars” want our troops to surrender their constitutional rights and expose themselves to legal jeopardy as well.

The International Criminal Court (ICC) has launched an open-ended investigation for war crimes allegedly committed in Afghanistan, and they’re looking for retired U.S. combat veterans and intelligence professionals on whom they can pin the charges.

In response, President Trump issued an Executive Order preventing ICC operatives from traveling to the United States and warned that those who persist in illegal investigations of U.S. citizens will be subject to sanctions.

This week a group of 175 lawyers released a letter urging the President to rescind his executive order, lift the threat of sanctions on foreign investigators and allow our troops to be used as sacrificial lambs for the lawyers’ foolish pursuit of a utopian dream.

These self-described experts in “international law and national security,” are suggesting we allow foreign investigators unfettered access to veterans of Afghanistan which would undermine the Constitution, rule of law, national security and our system of jurisprudence.

Their letter deserves attention not because of its importance but because of the ignorance displayed in its message. Here are some of their claims and why they are wrong.

What they fail to explain is this: The ICC has no jurisdiction over the United States or its citizens – none. Any attempt by the ICC to investigate an American is, on its face, illegitimate. The court was created with the support of fewer than one-third of the world’s countries. Even today, nearly 40 percent of the nations of the world are not party to the ICC, including the three most populous – China, India, and the United States. The United States has explicitly rejected membership in the court, and its treaty has never been submitted to the Senate for ratification.

The Trump administration is doing no such thing. With his executive order, the President is using the most targeted and narrow means possible to protect Americans, as he should, from ICC prosecutors who are acting illegally against citizens of a sovereign nation. In no way is the Trump administration preventing the ICC from investigating actual warlords.

The Rome Statute is widely flawed and this concept – referred to as “complementarity” – is perhaps its most devious provision. Article 17 of the treaty says the ICC will not involve itself in investigations of war crimes carried out by nations that are party to the court unless “the State is unwilling or unable genuinely to carry out the investigation or prosecution.” (emphasis added)

This is how the ICC imposes its will on member states and even countries which reject the court. In the U.S., Presidents Bush (43), Obama, and Trump have opted not to join the court and have repeatedly expressed our opposition to the ICC. Despite this fact, the ICC believes it is empowered to investigate Americans. It's not!

This is the international law equivalent of a disbarred prosecutor conducting an illegal search, without a warrant, out of his jurisdiction and later failing to read a defendant his Miranda rights. None of these lawyers would offer a client to a prosecutor guilty of such egregious ethical violations and then concede to “let bygones be bygones.”

What is contrary to American values is to offer fellow Americans to courts that do not recognize our constitution or our sovereignty. Allowing foreign “authorities” to conduct discovery of combat veterans and intelligence operators who may have been privy to classified information is certainly a threat to national security.

The late Warren Zevon used to sing, “Send lawyers, guns and money; the s*** has hit the fan!” If foreign prosecutors ever get their hands on our troops, the s*** will have hit the fan, and you can forget about the lawyers – they won’t be of any help.

Tom Kilgannon is the President of Freedom Alliance and the author of Diplomatic Divorce: Why America Should End It’s Love Affair with the United Nations.