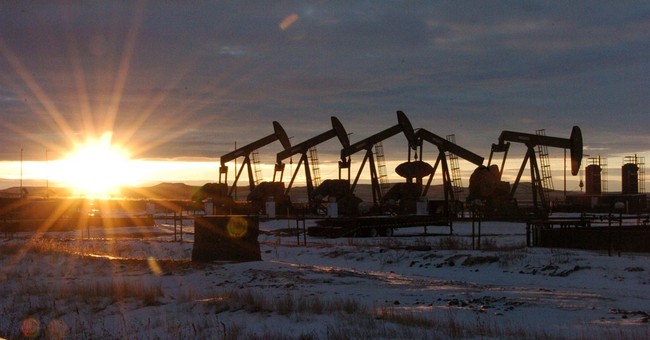 Crude oil trading shifted bigtime last Friday as several factors came into the market almost simultaneously. Monday of last week, Saudi Arabia’s Secretary General, Abdulla al-Badri was quoted in Bloomberg as saying oil could shoot to $200 due to lack of future investment. While we jumped all over that quote as soon as it broke, it took the major media a full week to glob on. Then on Friday, skirmishes around the northern oil town of Kirkuk rattled the market just enough that short covering triggered in earnest. Another domino fell Sunday at midnight when about 3,800 United Steelworkers Union members walked off their refinery jobs, sending gasoline up about 5-percent Monday alone. If that wasn’t enough, somebody made a statement with a pipe bomb in Bangkok, and Saudi Aramco’s CEO, Khalid al-Falih, jawboned in the press that oil prices are now “too low.” Gee, thanks. All said and done, oil is up about 10-percent since it taunted and teased $44 a barrel just last week.

That’s the 30-second highlight reel, but there’s an interesting dynamic shaping up here that most people are missing. Look at it this way: Oil rigs are going on hiatus at a record pace. So far, 388 are down from the August, 2014 peak. Meanwhile, US production is at a record (As of the last Energy Information Administration report January 23, 2015). So at the same time we have 20-percent fewer rigs drilling, we’re producing more oil than ever.

But shale wells (these in the US that made the current boom what it is) decline at a rapid clip. While this hasn’t hit yet, at some point it will and then both production AND rigs will be down. That’s when oil shoots back up. With velocity. The market doesn’t see it yet, but it’s coming. Now for the rub: OPEC is locked down at 30-million barrels a day like a stubborn kid hanging onto the last few ounces of his neon green Play-Doh. As U.S. production increased, OPEC held to 30-million. They just reallocated the surplus to other parts of the world. I’m wondering what’s going to happen when domestic production slows to 8 million barrels, then 7, then 6 million or heaven forbid, lower. Where will the balance come from? If OPEC stubbornly holds fast to 30-million already-allocated-elsewhere barrels, we could be screwed.

The press isn’t covering that, but the handwriting is on the wall. Is now a time to go long on oil? We learned a long while ago that even the best can’t predict it accurately for long, so we’ll let others take that one. However, once the market figures out that rigs going down plus sharp decline curves equals potential supply shortage in the US, prices will adjust upward. Hopefully this happens softly, without too much carnage as a result. The availability of your gasoline could be in jeopardy if this plays all the way out.